Providing poor and needy people of the state with food grains is one of the main aims of central as well as the state authorities. People who fall below the poverty line get ration cards from state governments. It assists them in collecting food grains at low or subsidized rates. The same is applicable in Punjab. But the new state government has revamped an earlier scheme and named it Smart Ration Card Scheme. It will provide the same benefits as was provided by the previous scheme, but will enhance its implementation from the technological stand point. 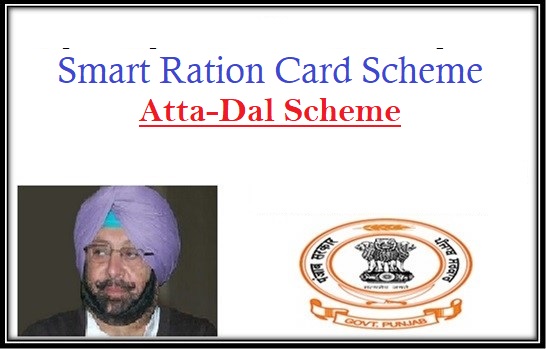 How to apply for the Blue card?

Use of technological advancements, will aid proper tracking of distribution of food grains. The seeding of Aadhar details with this new smart food pass will replace all documents and will also make the verification procedure easy. This pass will make sure that only deserving candidates are getting these benefits.

As per the latest updates from the Punjab state government, a new ration card scheme has been announced for launch at June. The new initiative was taken by the state Minister Bharat Bhushan Ashu (Minister for food and civil supplies in the state).

The new system launched is designed to eliminate leakage, diversion and pilferage and to offer with maximum transparency within the TDPS (Targeted Public Distribution System).

The new system will ensure that entitled quota of ration will reach to each of the deserving beneficiaries via ePoS (Electronic Point of Sales). The system is currently supporting over 1.37 crore individuals (35,26,775 families) with in the state.

As per the norms, it is expected that each beneficiary should seed his or her Aadhar Card details to get the benefit. Government has also succeeded to link over 98.24 percent individual families to the system.

The new system is also expected to eliminate fraudulent cases of bogus ration cards and beneficiaries.