The Ministry of Minority Affairs has implemented one special skill development scheme which is dedicated to the youths of the country who belong to the minority groups. This project named the Seekho Aur Kamao scheme was launched by the previous UPA Govt. during its regime in the financial year 2013 – 2014. As this scheme offers skill development opportunities to the minority group youths, they may get several vocational trainings under this scheme and look for employment opportunities through it. The Govt. will provide the minority youths specialized trainings based on their qualification or talents and the same may be channeled to proceed for self – employment and earn living. This scheme will also empower the minority communities to join the mainstream and get hold of opportunities for development.

“Learn and Earn Scheme, A program has also been started by the Minority Ministry for minority groups.And also read central schemes 2017-18 here.” 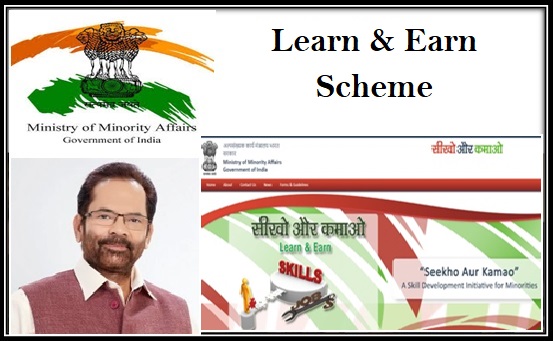 “As the name of Padho Pardesh Scheme, subsidy facility has been provided for students of minority for their higher studies.”

“A Free coaching scheme has been started for the student who wants to complete their studies, but they don’t have enough monetary support . Similarly,  Free Coaching Scheme For Civil Service Exam Telangana has also been launched for minorities.

The beneficiaries of this Learn and Earn scheme should have a minimum education qualification of passing the Class 5 standard to get the vocational training. The minimum age of joining the scheme is 14 years where as the upper age allowed is been fixed to 35 years. In case these two criteria are not fulfilled, one will not be allowed to join the scheme and get benefits from it. In case seats are unoccupied, they will remain same as only prescribed eligibility criteria are mandatory to join this scheme.

“PM Nai Manzil Yojana has been announced under the supervision of minority ministry.  Nai Roshni Scheme has also been started for women. The both schemes are a skill development program for minority groups.”

Some features of the Seekho aur Kamao Scheme

“Hamari Dharohar Yojana has been announced for knowing the culture of minority group.”