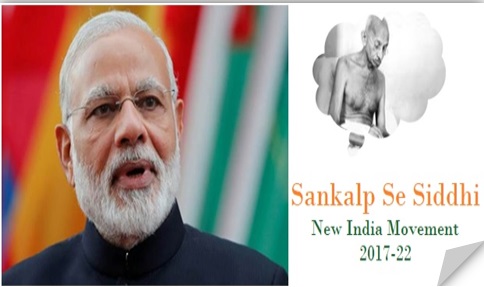 Some issues will be resolved under the scheme

Involved Area Under the event

The state government has announced the launch of the Sankalp Se Sidhi Yojana program for implementation. The program stages shall be headed and supervised by MLA Shailendra Jain and Mr. Lakshmi Narayan Yadav on 8th September 2017.

Issues discussed in the program

DC reviews preparation of the Scheme

The DC (Dy. Commissioner) Arava Rajkamal, on 5th February  had looked into the Sankalp Se Siddhi Scheme-2022 Review. The DC also announced to monitor some of the most Backward districts within the state including West Singhbhum. Apart from this he also added that the process of monitoring would be performed using the online platform. Allocation of marks was done for various departments including health (30 percent), associate department (20 percent), education (30 percent), financial (10 percent) and infrastructure (10 percent). Apart from this, he also added that the monitoring process should be carried on regularly by various departments. A complete nation and state level list will also be prepared and submitted.

The BJP government is all set to make the Siddhi Campaign a success. Recently, a meeting, where all the leaders came, was organized for charting the future course of this campaign. Abhishek Wadhwa, who is the District President, presided over this meeting as the President and Chief Guest. Apart from the seasoned leader, the younger brigade also took part in this meeting.