More than a scheme, the Digital India vision of the BJP government is a program that will assist in the reshaping of the e-governance. Not only this, the government aims at providing the common people of the country with access to digitization. It will assist them in getting the information from the government with ease. The main idea behind the launch of this mammoth project was to make the government more responsive, transparent and participative. 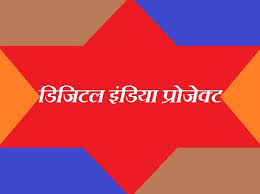 The process by which any form of information is transformed in the digital format is called Digitization. With the assistance of this process, we are able to change normal data in the form of digital data. The organization of the digital data is called bits and when composed together, it will give you access to the actual information, only in digital format. Without this, people will not be able to develop in the IT industry.

What is Digital Marketing?

Just the development of the digital platforms is not enough. To acquire e-governance in true sense of the word, the government has paved the way for e-Kranti. Under this aspect of the digital India movement, the government will assist the people by providing them the associated services via the digital media. With the assistance of the “electronic delivery of services,” which is the real meaning of e-Kranti, the lives of the people will become easy and smooth.

The government wants the people to know about the projects and the amount of money that the authority is spending for the betterment of the commoners. But acquiring the data was not possible and so, the central government set up the e-Taal under the Digital India movement. It is a portal that will furnish the information regarding the government projects, both and central and state level, and the amount of money that has been spent. The data on the portal will be updated by the respective authority in real time basis.

All about the Digital India App

For catering to the needs of the common people and providing them the info they seek, the government has launched a smartphone application for the Digital India movement. The name of the app is Digital India App and it can be downloaded in all smartphones that operate on the Android OS. Just go to Google PlayStore and download the app free of cost.

For the assistance of the common people, the central government has also launched an official website for the Digital India movement. One can acquire info about the project and its various aspects by clicking on the link http://digitalindia.gov.in/ .

With the implementation of the Digital India scheme, there will be a huge demand for skilled and trained people in the IT and the ITES industries. The job opportunities in the data entry and IT fields will increase and students will not have to venture out of the country to acquire work. As digitization rests on the foundation of data, the requirement of trained data compilers will increase.

To reach this stage, the government will have to provide adequate opportunities for the students, both in the urban as well as in the rural areas, to get proper IT training. The government desires to reach the 1 crore mark in the sector of training young IT professionals.

The following are the main benefits that the common people of the nation will acquire with the implementation of the Digital India movement:

By now, it is clear that the implementation of Digital India movement is very important for the entire nation. Thus, the future of the country rides on the success on the scheme and so, the government is leaving no stone unturned to ensure the victory of the movement. The central government has made huge allocations in the budget to ensure that the progress is not stopped due to the lack of adequate funds.

The second phase of the Programme will be officially launched by PM Narendra Modi. The expected time for implementation has been set for 15th June 2018. The supervision for the implementation and launch will be supported by Ministry of Electronics and Information Technology.

Standing in line, waiting for your turn to book a doctor’s appointment, is an ordeal. It is both tiring and time consuming. Keeping in line with PM’s Digital India Mission, the Himachal Pradesh government has taken a “step towards digital health.” Anubhav Yojana is one portal based project that allows patients to book a doctor’s appointment by logging on online OPD site. Patients will be able to generate an online token. The preferred appointment time will be mentioned on the token. As of now, the scheme has been implemented in Kullu area. The state authority stated that around 4.5 lakh individuals will be able to attain the benefits of this scheme.