The government has introduced yet another scheme as of 24th June 2017. This scheme is called Mukhbir Yojana and it is aimed towards helping the state government stop feticide incidents. It is launched in Uttar Pradesh. There have been many cases of female feticide in the past in this region. This is a step by the government to reduce such cases.“Two more schemes Shadi/ Vivah Anudan Yojana In Uttar Pradesh and UP Kanya Vidya Dhan Yojana have been started by State for the betterment of female section of the state. For good health, hygiene is very important,UP Kishori Suraksha Improved Hygiene Scheme has also been started by the state. 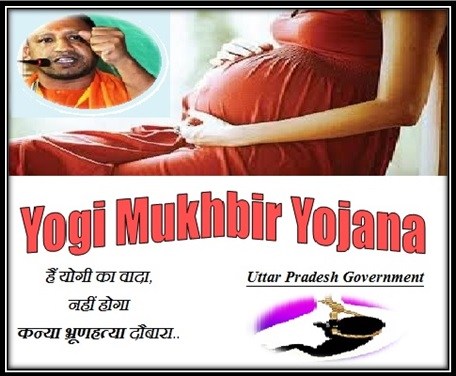 How will this happen?

A team shall be set up and it will operate in specific areas. Once they catch hold of anyone practicing feticide they shall take actions against him. The team itself will be given the responsibility to catch such persons. Whosoever is able to catch such a person shall get cash reward for it.

“Some States are also working for betterment of female group, They have also announced some schemes for women.

Who will this team consist of?

“Madhya Pradesh Government has announced and implemented many schemes for female group for their healthy future. Some of them, you can read here

How to apply to be on this team? What I have to do?

To be a part of this scheme you will have to get in touch with your nearest health care center. If you are in this team then your job will mainly be to do a sting operation on those who are doing this. After that you will have to submit the chemical coated money to the health care center. The police will collect the same money from the center and they will detect the chemical coating on it. After that they will put them in jail when and if they are found guilty. After that the Mukhbir team shall get the reward for the same.

“Telangana State is also aware towards women section. And the state has also announced some schemes specially for female or girl child group. Schemes are :

What will be the reward?

However, you will receive this amount in phases. In the first phase, the informant will get Rs. 20,000. The pregnant woman shall initially get Rs. 30,000. At first, the assistant shall receive Rs. 10,000. The rest of the money shall be distributed after and during the case.

This scheme was launched by Yogi Adityanath – the current Chief Minister of UP. This scheme will boost the Beti Bachao Beti Padhao scheme mostly. The government believes that this step will help curb the instances of feticide and will also instill a sense of vigilance among the ill practitioners.