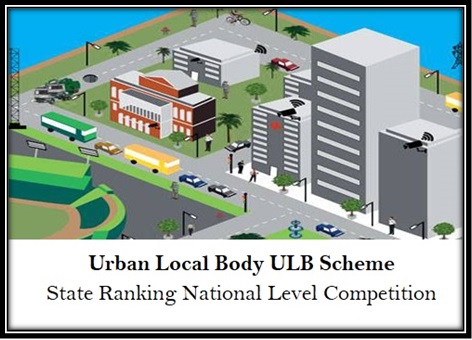 The scheme hasn’t been launched yet. It will soon be launched. After the successfully implementation of Smart City Scheme the government has decided to launch this scheme and conduct national level competition among the states to rank them. The Housing and Urban Development Department will supervise the scheme in all states level.

The selection process will be done through the progress of AMRUT scheme. Atal Mission for Rejuvenation and Urban Transformation scheme has been implemented in all the states and Union Territories. Based on the certain weights of implementation of AMRUT the states will be selected for the ULB scheme. The weights will be as follows:

Many of the states have objected on the 50% AMRUT execution part. According to them the weight on the number of AMRUT Town must not be more than 20% and the rest of the execution and such must get weight of 80%. The reason is that many states are yet to establish AMRUT scheme in large section. The authority still hasn’t commented on this objection.

The preparation for participating in the scheme has started in all the states. As of now no other information has come out regarding the scheme launch and such.