It is a known fact that LPG connections are very important for cooking, but a fact also lies that, in India many of the houses do not have these connection and so have to cook food in firewood. Cooking in firewood causes the emission of smoke, if inhaled, can cause breathing and other problems. On 10th March, the Union Cabinet on Economic Affairs passed the scheme of Ujjwala Yojana under which the government would give free LPG connections to the BPL families. 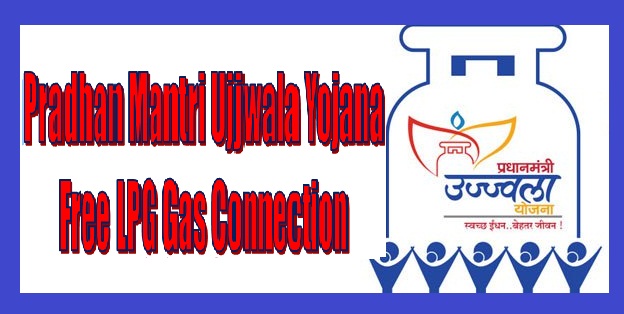 How to apply for Ujjwala Yojana?

Applying for the Scheme is very easy. The scheme allows women of the BPL families to apply for the scheme and its benefits. The applying the applicant needs to first fill a form that is available in all the LPG centers and also available online. Online the form is available for free download. One can download it, fill it and then submit it to the nearest LPG centers.

You can download Ujjwala yojana list from official link.  This list contains the entire list filtered with States, cities, Town. This will ensure that you belong to BPL category and thus eligible for free lpg gas connection.

The woman of the house or the family will be the beneficiary of the LPG connection. The preference will be given to the women of the BPL families. The women will be made beneficiary as the scheme believes that only if the women of the country are healthy, will the country progress. Also for the refill cost and the stove, there will be EMI facilities available. The women who will be applying for the connection should be above the age of 18. The first preference will be given to the SC/ST groups and then it will pass on to the other BPL families.

The scheme would benefit many families, especially women who have to cooking in ‘chulas’ and have to suffer from respiratory problems. Most of the families who are in the rural area do not have LPG connections. With this scheme the health hazards that the women and children of these household are prone to, will be decreased. The best part about the scheme is that the LPG connections will be allotted in the name of the woman in the family. This would surely empower the women.

Dharmendra Pradhan also stated that the union government has discovered Structural policy rectifications in a genuinely short time incorporating 29 cabinet decisions in the sector of gas and petroleum.

He further added that the transparency as well as discretion is the primary philosophy of the government. This scheme is expected to profit crores of females of the BPL households and will be applied in the following three years. About Rs. 8000 crores has been reserved for supplying 5 crores cooking gas connections to the BPL families under this plan.

The plan furnishes a financial backing of 1600 rupees for each connection of the BPL family. It is a unique initiative in the history of any country in which a Government will carry out a social welfare scheme profiting crores of females belonging to poorest families.

Necessity behind the launch of Ujjwala Yojana Scheme

Though, it’s been widely spread as Ujjwala Yojana scheme offers free LPG connections for the women’s of  BPL families across the nation in order to boost their living standards. The hidden truth is on considering the arising global environmental thread several countries decided to reduce the factors which are reasons for environmental thread. In India usage of improper cooking fuels (woods, animal disposal) causes huge dark smoke and emits carbon in atmosphere which affects global green-house gases, and leads to unstable global climate. Moreover, usage of woods as household cooking fuel will leads to deforestation which once again affects eco-balance. On considering those issues and to overcome the problems, government decided to offer

Under the scheme of Ujjwala Yojana the government plans to provide around 5 crore free cooking LPG connections to the families who belong to the BPL (Below Poverty Line) category. The scheme will ensure that all the BPL houses have LPG connections. This will provide protection of the health of women and children in the homes. The scheme will provide a financial support of Rs.1600 for each connection to the BPL households.

Issues which are addressed by Ujjwala Yojana

Gas Connection In The Name of Female Members in Ujjwala Yojana

“We’re clear that the subsidies ought to be aimed and we’re dedicated towards rectifying it,” Pradhan stated. Asked whether the benefits of slumping prices of natural gas are being passed on to the customers or not, Pradhan enunciated that the cooking gas cylinders are as of now subsidized.

Ujjwala Yojana has been launched in these states

The scheme was originally launched in the year 2016. This year, in 2018, during first week of April, the Delhi government has announced for application form for the same.400 beneficiaries will be able to apply for the scheme in the first phase of the scheme.

The main objective of the Grahini Suvidha Yojana is to provide benefits to those poor households, which have not enrolled under Pradhan Mantri Ujjwala Yojana, or do not have a LPG gas cylinder to cook food. The state steps in here as it paves the way for these poor families to have LPG connection for at least two continuous years.As per the announcement, the HP state authority has allocated a whopping budget of Rs. 12 crore for meeting the financial requirements of this scheme.

On the 23rd July 2018, Petroleum & Natural Gas Ministry head Dharmendra Pradhan announced official that Pradhan Mantri Ujjwala Yojana has produced satisfactory results. This free LPG connection scheme for BPL families was implemented on a pan-India basis. In 2016 – 2017, around 2 crore free connections were issued while the government set out with a target to reach 1.5 crore families. During 2017 – 2018, central government had the same target but offered 1.56 crore connection. This year, central government desires to offer 2 crore new connections. Till 18th July, it has already issued 1.17 crore connections. For meeting this year’s target, central government has allocated Rs. 1642 crore. The minister is positive that the department will cross the target this year as well.