Central government has given a push to the Department of Personnel and Training by introducing an online portal for appraisal recording. From now on the IPS officers can record their appraisals on the portal directly. The main reason for taking such decision is to reduce the delay in paper work by the department. This is not only helpful to speed up the process but also it will be another step towards the Digital India. The date 15th April 2017 is given to post other departments’ comments on the proposal. 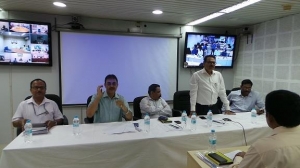 Objective of the Portal

The main objective of such portal is to speed up the appraisal process. There are many such cases where the appraisal of an employee has stuck in mid way for several reasons. As a result their performance rating lowered down as well.

In recent past it has been found that some of the senior officers had delayed the appraisal reports on purpose. The reason behind this was some kind of personal grudge that he/she had for the employee. This is not the one case but many cases have come out time to time. To resolve these problems government has taken this decision.

How to Use SPARROW