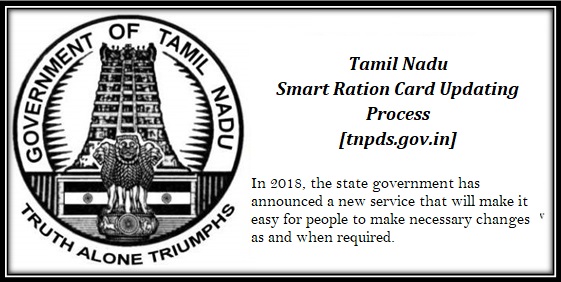 How to Apply for Smart card in tamilnadu using www.tnpds.gov.in

Government Contribution for the Programme

In addition to changes the TNPDS the candidate can add/delete a member and also can change the name and address.

With the implementation of smart cards in the state it is certain that the process of monitoring and issuing ration cards will be much easier for the government bodies. Apart from this government can always be sure that all valid card holders can get the benefit of government outlets. This also means that getting illegal ration cards can now be regulated by the government.