The Smart Classroom program has been introduced by Arunachal Pradesh Chief Minister Pema Khandu. This was introduced as a part of the Adhunik Shiksha Yojana in Itanagar. The program is being used to help with improving upon how classrooms around the state can be supported with more technology to help students. 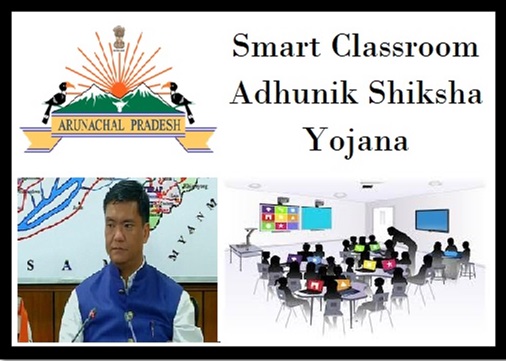 The Smart Classroom program will work with added community computer hookups. These are known as the K-Yan or Knowledge Yan sets. These would help with getting the most out of individual classrooms while making it easier for students to learn more and to be more productive while in the classroom.

This system is being supported by the Education and IT Departments in the state as well as EdCIL in India. The project will be introduced in schools around the state in the next three years. These include state-run primary schools all the way up to higher secondary schools in the state.

There are a few points to note about who is being covered in Arunachal Pradesh:

The K-Yan system is a key part of the Smart Classroom program that will be used extensively. The K-Yan or Knowledge Yan system is an integrated community computer system. It works as a computer, projector and television set in one unit. It is designed with group learning functions in mind and is especially simplified in terms of its technical setup.

The system will utilize a great amount of rich content. This will help students to learn more and to be more proficient in their studies. Rich content includes plenty of content in an extensive multimedia arrangement. The content used on the K-Yan device will especially be organized with a setup that is easy to control and will especially work for all grade levels from kindergarten to the 12th Class.

The rich content will entail plenty of video and picture-based content. This content is being produced by various entities that are supporting the Smart Classroom program and will help to make the classroom a more appealing environment. This especially comes amid concerns over how well different forms of educational information can be provided.

Added content for Hindi teaching will be included in the K-Yan system to make it easier to follow. That information will be available before the end of August. This is help with teaching students about the Hindi language and how it can be utilized in everyday situations to create a more distinctive and unique setup.

There was an acknowledgement in the announcement that there is a potential for instructors to struggle with the K-Yan system at the start. This comes as it might take a bit of time for instructors to get used to the system and how it can be used. Still, any issues that might come about at the start will be offset by the strong benefits that come with the program in how it makes it easier for people to learn new concepts.

There was also an announcement from CM Khandu that board exams will be utilized for students in the 5th and 8th Classes. These classes will be utilized to help with examining proficiencies that students have in a number of studies. This would help with being more thorough in terms of understanding what students are capable of working with in any kind of study.

Even with this, Khandu also stated that the educational efforts in the new Smart Classroom program are intended to be thorough and sensible for all students. In particular, it will be up to the parents, instructors and students to all work together to make the program successful. The collaboration between all three sizes will be critical for the success of the students in the program.

The no-detention policy is not expected to be changed in the Smart Classroom program. Khandu has argued that this policy has kept the state’s education system from being as efficient and productive as people would have hoped it could be. He continues to be against the policy and is hoping that the policy will eventually change at some point in the future. It is uncertain as to whether this part of the program will change.

The Smart Classroom system is expected to be launched in the near future although the state government will reveal more information on how the program will work in the future. This includes information relating to how well the system can work. This is to see that the system will be implemented carefully while allowing students to get the most out of their educational experiences.