In India there are many families whose economic condition is not very good and they cannot afford healthy food. Due to this factor the children and also elders of such families are seen to have certain typical diseases or health condition that eventually become serious to the extent of life taking. Keeping these factors in mind the government India has been launching different scheme under which food grains are given to such poor families at a subsidized rates. 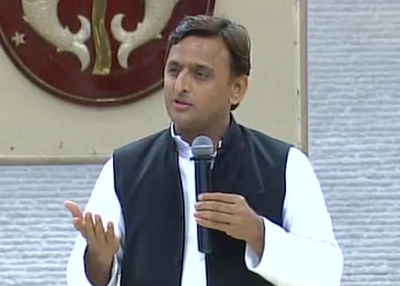 But it has been noted that in certain areas of the country the children of the poor families the instance of anemia is being seen highly. Now this happens due to the lack of iodine and iron in the body. This mainly happens due to the lack of consumption of salt or consumption of salt which itself lacks in iodine and iron, meaning that of poor quality.

Keeping this in mind the Uttar Pradesh government, under the leadership of Chief Minster Akhilesh Yadav, has launched this Yojana under which the state government if the state would take the initiative of distributing salt to the poor people of the state at a subsidized rate.

Features of the scheme

Districts chosen for the scheme

It has to be noted that these are the districts where the instance of anemic children below the age of 5 have been identified the most. So on a priority basis, to improve the condition, these states have been chosen.

Reports reveal that in Uttar Pradesh around 50% of the pregnant women are anemic, and about 73% of babies (6-59 months) are anemic. So this scheme has been initiated to control the instance of anemia.

The price of the subsidized salt varies according to the category that the family belong to. It has been announced that the families belonging to the BPL category or holding the Antyodaya card will be sold salt at Rs.3 per kg. Now the families that belong to the APL category will be sold salt as Rs.6 per kg. But then you have to show your respective BPL, APL or Antyodaya card to get the subsidy on salt.

The salt that will be sold will be of Tata brand, the state has tied up with the Tata Trust for this distribution. Moreover the salt will have a special packaging, 1kg packets of salt will have red and green color print on a white background. This is the color of the Samajwadi Party. The name of the salt on the packet would be- Samajwadi iron evam iodine Mishrit Namak.

It has been estimated that the scheme would cost the state government of Uttar Pradesh around Rs.48 crore, which has been already granted for this scheme.

The salt will be sold to the beneficiaries through the local retail or kirana stores so that it is easy for the beneficiaries to buy it. One just has to see that how the scheme is being implemented and whether the Uttar Pradesh government is able to live up to the objectives of this scheme ad benefit the needy BPL and APL families of Uttar Pradesh or not.

This scheme of the Uttar Pradesh government surely comes are a great benefit of many of the families who are not able to afford or are unaware of the importance of good quality salt and are not able to buy it. The scheme will come as a benefit for mainly children and women who are affected by the lack of iron and iodine consumption the most.