The progress and development of the nation and the respective states depend on various aspects. Experts highlight that the government will not be able to offer the best services to the subjects if there is an information gap between the two parties. The Prime Minister has also stressed on increased use of technology for better governance. In this regard, the Karnataka government had developed and launched a unique scheme, which offered guaranteed services to the state inhabitants. The name of the scheme is Sakala Scheme. In this article, you will know about the various aspects of this scheme. 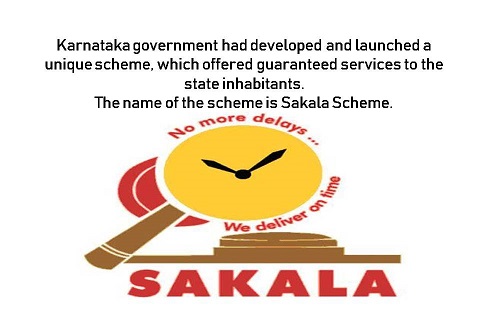 Key features of the Sakala scheme

Working process of the scheme

Sakala Sakhi is a special initiative that had been started from January 2015. The primary aim of this department was to ensure proper implementation and distribution of the benefits, which were targeted towards the betterment of women and children in the state.

The entire scheme was a special initiative that helped the state government to offer speedy services to the residents with guarantee. The project also helped in developing the relation between the authority and the inhabitants.