Prime Minister Shree Narendra Modi has inaugurated a ferry service in his home ground, Gujarat today. Named as Dream Project, Ro-Ro Ferry Service will join Saurashtra and south Gujarat via ferry services. This will reduce the distance of the mentioned place to mere 30Km from 310kms by road. PM Modi on Sunday inaugurated the project in presence of current CM Mr. Vijay Rupani and Deputy CM Mr. Nitin Patel in Vadodara. 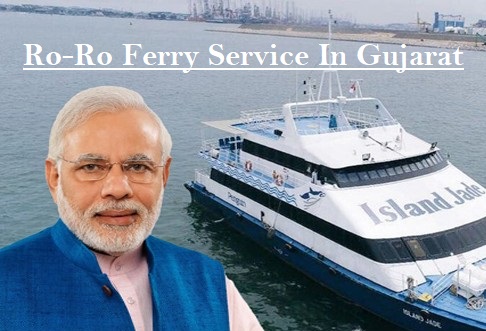 The total budget for the roll-on and roll-off ferry service project is set at Rs. 650 Cr. The budget is set for all three phases.

Once the project will be launched, people who are working in diamond factories in Surat or other places across the south Gujarat will be benefitted mostly. The reason is most of the workers in diamond factories live and around west Gujarat. They take a lot of time to come to the work place. Some have to stay away from home for work.

Also PM Modi said there will be a bunch of schemes and projects launch in next year. As mentioned above those projects will be related to the development of the state in diverse ways and divisions. More than Rs. 1000 Cr will be invested in such projects.