The Indian Govt. has launched a welfare scheme named the RVY under which physical aids and devices will be provided to the senior citizens of the nation, who are poor and backward. This scheme has been launched by the Hon’ble PM Shree Narendra Modi. The scheme will be beneficial to every senior citizen who need some king of medical life support for their day to day living. This Pradhan Mantri Yojana will be funded by the central govt. entirely and will benefit near around 5 lakh 20 thousand old aged citizens throughout all the states. The govt. has also selected a list of cities where the RVY scheme would be implemented. Under the RVY scheme, the central govt. has also picked two major cities of Tamil Nadu – Kanya Kumari and Chennai. 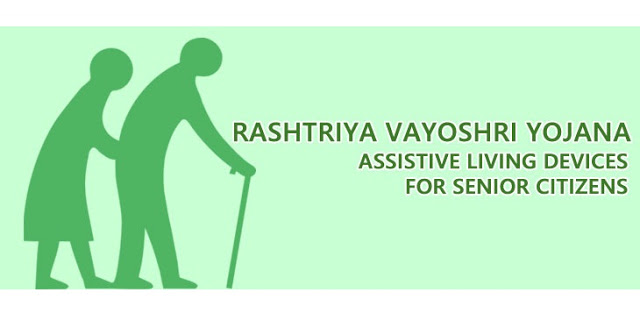 Under the scheme, the physical aids will be provided only to the senior citizens of the nation. This implies those who are aged above 60 years will get free assisted living aids and physical devices which are required for their sustainability. Also the govt. has selected the list of cities where the scheme will be implemented. The main criteria for the senior citizens to get full benefits of RVY scheme is that they must belong to BPL family and should hold valid BPL card issued by the concerned authority.

All senior citizens who have a monthly income of Rs. 15,000 or less will be included in the Rashtriya Vayoshri Yojana.

Below is the list of benefits which will be provided by the govt. to the senior citizens of the country who are of BPL category:

Purpose and Need of the Scheme

The main motto of the scheme RVY to be launched in the country is to empower the senior citizens of the nation. This scheme will provide them necessary physical aids which will be beneficial to carry on their day to day activities in a better way. The old ones have to depend on their family members for each and every task. The RVY scheme will enable them to come out of their physical limitations and become self sufficient once again with the help of assisted – life devices which will be provided under the scheme.

The RVY scheme will be launched pan India in April, 2017. Almost all major cities have been listed under the scheme for its implementation. This includes Chennai and Kanya Kumari in Tamil Nadu. Every state and union territory is covered under the scheme and at least two cities of each state have been selected. Below are the list of cities where the project will be implemented:

The RVY scheme is a central govt. funded scheme for the senior citizen of BPL category. To cater all needs of around 5.20 lakh eligible beneficiaries of the nation, a central agency named ALIMCO has been given the responsibility to look after the project implementation. The Dist. Collector or the Dist. Super will be responsible for screening of beneficiaries who need the scheme. This scheme will have its implementation by the end of 2019 – 20 as this is a three year scheme. The budget allocated for the scheme is Rs. 483.6 crore by the central govt.

The RVY scheme is a welcome initiative and first of a kind by the central govt. in India to help out the senior citizen, specially from the BPL category by providing them medical aids, free of cost. The scheme is expected to benefit more than 5.20 lakh beneficiaries pan India, including Chennai and Kanya Kumari. This scheme will help those citizens who had to depend on their family members and could not do their daily physical activities.

Apart from development of the entire nation, Modi government keeps an eye towards taking care of the needs of people, belonging to all sections. The Naveen Vayoshri Yojana is one such scheme that is aimed to assist senior citizens with physical aids. Formally the scheme has been implemented in Bikaner and Jhalawar, with the assistance of Rajasthan state government. Rajasthan government is going to implement it in Jaipur next.

Respective department heads will hold a meeting with Arun Chaturvedi who is the social welfare minister this Friday. Once the scheme implementation gets a green signal from Chaturvedi, senior citizens in Jaipur will receive assisted-living devices and physical aids, sponsored by the state government.