Cultivation cannot be done without adequate supply of water. If water is not available from natural sources, proper irrigational facilities are a must. For a state like Andhra Pradesh, irrigation is a key component as it does not get much rain. Thus, the state is working on a new scheme that is known as the Purushothapatnam Lift Irrigation Scheme. 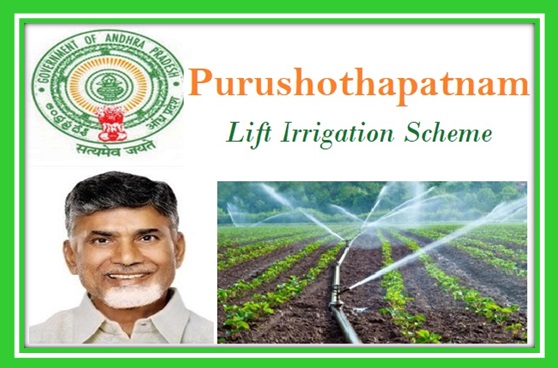 Area to be covered by the Irrigation Scheme

Implementation Process Of the Scheme

Budget of the scheme

Implementation budget – According to the reports released by the state government, a whopping amount of Rs.1, 638 crore has been allocated for the overall implementation of the irrigation scheme.

Repair budget – Apart from the expense of implementation and associated costs, the state government has decided to keep aside an amount of 550 crores for meeting the repair related expenses.

First phase completion under the scheme

As per the details of the scheme, it was aimed that the entire irrigation projects will be completed within a term of six months. But the declaration of the completion of the first phases was made by the CM on the August, 2017. Under the first segment of the scheme, a huge amount of water will be pumped up from the Godavari River. The water will be sent to the reservoir located at Yeleru via the Polavaram left canal. To mark the event, a pillar was inaugurated by the Chief Minister. Nagampalli, located in the Seethanagaram, is the place where the water from the river is directed into the canal. The pumping task is being done by two pumps. Megha Engineering and Infrastructures Limited are in charge of all work here.

Benefits of the scheme

With the completion of the irrigation program, the farmers in the state of Andhra Pradesh will not have to worry about the wilting of their precious crops, due to the scarcity of water during the summer months or throughout the years. It is not a scheme only for the development of farmers. It will bring about overall development of the state.