Punjab is starting to give religious visits for free to travelers from its 117 voting constituencies under its prominent Mukhya Mantri Tirath Darshan Yatra Scheme utilizing special trains.

The initial train under this plan will be hailed off from railway station of Amritsar on January 1st, 2016 and it’ll take over one thousand people from Attari to the Nanded Sahib. Amid this pilgrimage journey, people will be given foods, transportation, facilities of boarding and lodging on the costs of the state government. 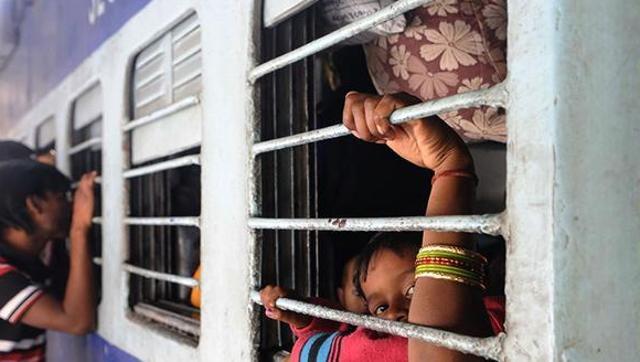 Welfare Minister of Punjab Shri Gulzar Singh Ranike stated that this plan of the state government will turn out to be an aid for the people throughout the state of Punjab to take a look of the religious places as well as holy places in distinctive parts of the nation.

He further stated that every train will take 1000 people to their destinations and the Deputy CM of Punjab Shri Sukhbir Singh Badal will flag-off the 1st train.

Ranike again told that these pilgrimage special trains would likewise leave for Ajmer and Varanasi from Jalandhar, Malerkotla and Ludhiana stations; he further said each month eight special trains will leave for the Nanded Sahib.

Providing schedules for January he said that following Amritsar, people from the Talwandi Sabo will leave from the Maur Station on 4rth January, people from Sri Anandpur Sahib will leave from the Sri Anandpur Sahib Station on 8th January and on 11th January people for Khadoor Sahib will be leaving from the Tarn Taran station, people going Samana on 15th January from Patiala station, Fatehgarh Churian and Dera Baba Nanak devotees from the Batala station on 18th January, people going Jalalabad and Sri Muktsar Sahib from the Sri Muktsar Sahib Station on 22 January and Bholath sangat and Kartarpur will be  leaving from Beas on 25 January.

He told that the special train going to Varanasi will leave from Ludhiana and Jalandhar stations on 20th and 27thJanuary and the train for Ajmer Sharif will run from the Malerkotla station on 29th January, 2016.

Venkatratnam said that by providing individual identity anyone can visit the holy places through these special trains. He told that it is mandatory that people are medically fit for the journey and they have to provide certificates of medical fitness to the local authorized medical and government institutes.