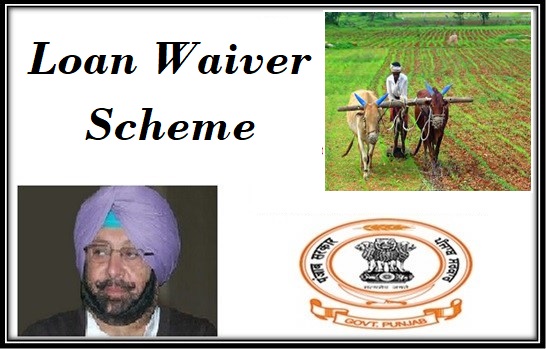 Phases Under the scheme

Phase I – The scheme highlights that all the agricultural workers of the state who have seeded their Aadhar cards with the account of the respective banks, even before the state authority published the notification, will be brought under the scheme during the implementation of the first phase of the program.

Phase II – The second phase of the implementation will see the inclusion of those agricultural labors who opted for seeding the accounts with the Aadhar Card after the official announcement of the Loan Waiver Scheme was done by the state government.

Phase III – Last but not the least, the farmers who had taken a credit from banks for meeting the requirements of agriculture but have not seeded the Aadhar card with the bank account number as of now will be brought under the scheme.

Getting the application form

As the scheme has been launched recently, not much has been declared about the application process. But if online process is started, and then the applicants will be able to get the application form will be available from the authorized website of the scheme. For now, the registration forms can be acquired from the office of the respective District Commissioner.

The state government has not declared anything about the registration procedure of the scheme. It can either be via offline or online procedures. As the respective departments take the decisions, the common farmers will be notified via the press.

Making sure that only the needy and eligible candidates get the benefits of loan waiver is a must. Thus, all applications will have to go through rigorous verification procedures. Only those applications, which manage to pass every scrutiny, will get the loan waiver. The administrational operations of every district are looked after by a deputy commissioner. He will have the responsibility of forming a district-level committee that will pin point the farmers who are eligible to get the benefits of the scheme.

Once the identification process is complete, the state authority will have to form separate camps in all the districts and respective blocks. These camps will also be set up in the respective banks. The task of the officers in these camps is to give certificates to the agricultural workers, thereby informing them that they no longer have to worry about the repayment of the loan.

The implementation of the scheme is very elaborate and one can have any doubts about the process. Apart from this, proper monitoring of the scheme is also necessary. To look after these aspects, a monitoring committee will be formed. There will be 11 members in the group and they will report the progress to the Chief Secretary.

The state authority has announced that all banks will be brought under the scheme in due time. The implementation of the program will start with including the farmers who have accounts in the cooperative banks. Once all such financial institutes have been covered, the state authority will shift their target towards the banks that fall in the public sector. Finally, the farmers who have opted for agricultural credit from the private banks, will be targeted for the loan waiver.

As per the information given by the state government of Punjab, it will require a large amount of money to provide the benefits of the program to such huge number of beneficiaries. A total allocation of 400 crore has been done by the state authority. The money will be utilized for providing monetary respite to all the farmers who have taken any kind of credit to meet the requirements of agriculture.

Farmers in Punjab are being ensured by the state government that only the most deserving ones will receive support from the state’s debt waiver scheme. This comes as a new self-declaration requirement has been put into place. This is to ensure that government employees and pensioners do not try to take advantage of the scheme.

The scheme is designed with small landowners in mind. The effort being produced will help ensure that smaller farmers can get the funding they need for their actions. But this also comes amid concerns that other farmer with massive properties have tried to take advantage of the debt waiver scheme. Also, there are concerns over how waivers of loans might be imposed upon farmers who have committed suicide.

Independence Day was celebrated with pomp and grandeur in Punjab. Apart from the celebrations, people also got new announcements from the state government. Earlier, the state has launched a unique loan waiver scheme for agricultural workers. The CM flagged off the second phase of this scheme on 15th August,. Apart from this, CM also declared that special campaigns will be started to create awareness among the youngsters about drugs. The anti-drug campaign will ensure that youngsters stay away from misuse of substances. There are around 118 OOAT centers operating in the state. Another 14 clinics will be started as soon as possible.