Income tax rules are really complicated and confusing. The Section 44AD of the Income Tax Act, 1961 is no exception. It is really complicated and difficult for a layman to understand. Okay, we are not claiming that we are super intelligent folks sitting on our computers and trying to belittle our readers. Honestly, we are nearly as much confused as you are. So, we are just making an attempt to understand and help you understand everything about Section 44AD of the Income Tax Act, which was laid down in 1961. However, this article will also speak about the amendments that have been made to this section in Budget 2016. 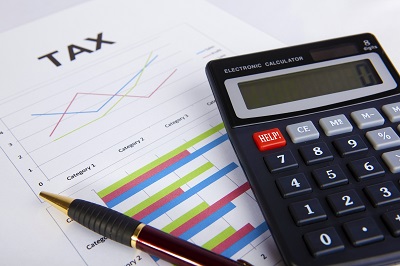 So, instead of spending time blabbering around on useless stuff, let us try to understand…

What really is Section 44AD?

For a business, there is something called turnover. Do you think this turnover is the income of the business? No, not really no! The turnover is the gross earning of a business. However, there is one problem. A business entity has a number of expenses to take care of. One basic cost is the salary it pays to its employees. Another cost is that of providing infrastructure for work. Similarly, there are various other expenses. These are operational costs. The turnover that a business will have in a year will be inclusive of all those costs that the business incurred previously during the entire year. So, in order to calculate the actual earnings or net earnings, a business needs to subtract the costs or expenses from the turnover and the remaining is the earning.

From past through present to future – the timeline

The table below gives a snapshot of the changes that took place over time when it comes to applicability of the scheme or section 44AD.

Now, let us take a detailed look at Section 44AD and try to understand the nitty gritty details of the same. In the process, we will take a look at the new amendments as well.

Understanding Section 44AD of the Income Tax Act (We will deal with Section 44AD for Professionals later and for now, limit the discussion to businesses)

This is a special provision or a scheme, wherein, a tax payer is allowed to enjoy tax relaxation if he or she declares the income based on presumption. Now, this income declaration should be based on the gross turnover during a given financial year or on gross receipt during a given fiscal year.

The section states that the income declared should be 8% or more of gross turnover or gross receipt during a fiscal year.

But, how much gross turnover of gross receipt?

The table below should give the answer in a comparative format.

The conditions under which this section can be used

The section specifically states that an eligible assessee will be allowed to declare his or her income on a presumptive basis with respect to an eligible business provided:

We have been repeatedly using the terms ‘Eligible Assessee’ and ‘Eligible Business’. The question that comes here is, ‘what do the terms actually mean?’ What do we really mean by the term ‘Eligible’? What are the conditions under which an assessee or a business entity is considered to be eligible for Section 44AD?

Here is the necessary explanation:

An assessee and a business is defined as:

Please Note: LLPs or Limited Liability Partnerships are not eligible for Section 44AD deductions because this section specifically excludes LLPs.

What if income declared is less than 8%?

Yes, that is a possibility. An assessee can actually declare an income which is less than 8%. Given that situation, the assessee will be required to maintain what is known as Books of Accounts. Not only that, the assessee will have to hire a Chartered Accountant to have the accounts audited as mentioned under Section 44AB.

Similarly, the assessee may actually choose not to use Section 44AD at all. Given this scenario too, maintenance of Books of Accounts is mandatory and so is an audit by a Chartered Accountant.

Which are certain businesses excluded from Section 44AD?

As we mentioned earlier, certain businesses have not been included for using Section 44AD. The business which are included and business which have been excluded are given below in the tabular format and the reason for exclusion has also been mentioned in the same:

Some interesting illustration to understand the eligibility and income calculation rules

Example 1: Let us assume that there is a company named ‘Softex Private Limited’. The company manufactures software products and sells in market. The company has an annual turnover of INR 99,99,999.00. Will this company be eligible for Section 44AD?

Let us find out.

Example 2: Mr. Anil Dubey has a provision shop. The shop has an annual turnover of INR 89,00,700. He is resident Indian. Will he be eligible for using Section 44D?

Example 3: Mr. Desai is a garments wholesaler who is a resident Indian and has a yearly turnover of INR 1,55,00,000. Will he be eligible for Section 44D?

Example 4: Ms. Sheetal Pandey runs a wine shop with an annual turnover of INR 2,88,59,678. Will she be eligible for Section 44AD given that she is a resident Indian?

Let us find out…

Example 5: Mr. Ajit Agarwal has a restaurant business which gets an annual turnover of say, INR 1,89,58,000. He is a resident Indian and hence, he is eligible for using Section 44AD from Assessment Year 2017-2018. What is the minimum presumptive income that he needs to declare?

Expenses and depreciation under old and new rules

What is new rule and what is old rule?

We already said this to you but again…

Now that we have gone through the Old and New rules all over again, let us check out the fuss with expenses and depreciation in a tabular format.

Tax deductions that are allowed for assessees using Section 44AD

Eligible assessees (that is assessees who are eligible for using Section 44AD) are allowed to have tax deductions under certain sections of the income tax law and not allowed under some other sections defined in income tax law. The table below gives the details of the sections:

In case of old rule, it was not mandatory for an assessee opting for Section 44AD to pay advance tax. However, Finance Act of 2016 made a change to this and made advance tax payment mandatory.

Any eligible assessee who opts for presumptive taxation will now be required to pay advance taxes. This advance tax has to be paid in full in a single installment on or before March 15 of the given fiscal year.

Illustration in a tabular format

How is annual turnover calculated?

Folks, you are brilliant! You asked a question that didn’t pop up in our mind. Kudos to you! Let’s answer this…

We have seen how income is calculated out of annual turnover. However, what is the method of calculating annual turnover in case one wants to opt for Section 44D?

Okay, that concludes our discussion on Section 44AD for business. Let us now look at professionals…

This is a new rule that has been introduced in Finance Act of 2016. Actually, a whole new section has been added and is known as Section 44ADA.

Which professionals will be considered for Section 44AD?

The professionals who will be allowed to make use of Section 44AD will be:

Any other professional that the Official Gazette notifies will also get included in the list of professionals who will be allowed to use Section 44AD or presumptive taxation feature and its benefits.

That’s all! We have discussed Section 44AD in details. In case we have missed something accidentally or in case we failed to explain something properly, feel free to drop us a message. We will try to include or improve as far as possible (that’s a polite way of saying that we will do it if we understand it.