The PMSSY scheme is a nation-wide launched medical transformation scheme which was pitched two years after the UPA govt. came to power. The PMSSY scheme was launched in March, 2006. This was the mass project which was aimed to rectify all the healthcare facilities that was being provided to the citizens of the country. The scheme had the vision to provide equal medical and healthcare facilities to those living in rural areas, as compared with the urban population. Everyone should get good medical facilities and they need not go to other major city or abroad. To achieve this, Govt. announced setting up of new medical institutions and research centers throughout the nation. Also the infrastructures of the existing healthcare units and medical colleges were improved.

The prime vision of the PMSSY was to make healthcare and medical facilities available and affordable for common man in India. In the past, there was a tradition that only urban population had advantages of improved financial strength and the availability and accessibility of good medical facilities. Rural population had to depend on their minimal healthcare facilities which were available in rural hospitals and in most cases were referred to bigger medical institutes located in the cities. Hence, it was the high time for the Govt. to create new medical facilities and institutes which are efficient and reliable, as well as affordable for common man. Also, the upgradation of the existing medical institutions and equipping them with better facilities was in the project. 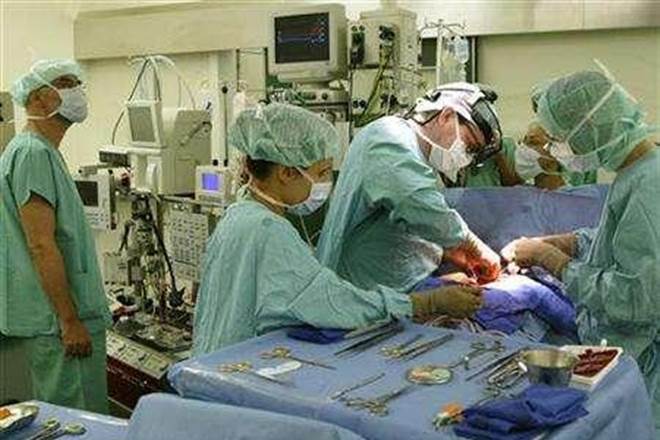 The PMSSY project was to be implemented across the country by the centre for which two major components of implementation was decided.

There were a total of 13 such medical colleges spread across the country which needed up gradation and introduction to improved medical facilities and technologies. The PMSSY scheme will be implemented in three work phases.

Setting up of the AIIMS like institutions across states

A decision to set up medical institutions with similar functionality of that of AIIMS located in the country capital was taken under the PMSSY scheme. The govt. chose six states for the formation of these institutions. The places which were selected for this purpose were:

The locations selected for the setting up of AIIMS like medical institutions was based on several factors and indicators which was studied. The social and economic parameters studied in the selection procedure of the locations were total population, population in poverty, literacy, income status, etc. Then the health related parameters like mortality rate of infants, ratio of population and the hospital beds, etc. were studied along these locations.

A total of Rs. 820 crore was sanctioned for this purpose under the PMSSY scheme in the first phase. This will include Rs. 200 crore for upgradation of medical facilities and Rs. 620 crore for construction purpose.

Facilities to be provided in the AIIMS like medical institutions

Upgradation of the existing medical institutions

Under the first phase of implementation of PMSSY, the govt. also decided to have improved and restructured medical facilities in all the 13 medical colleges that existed across the country. The fund allocation will be jointly done by both central as well as the respective state governments. All these 13 institutions will be allotted funds of Rs. 120 crore each. The state govt. will give Rs. 20 crore and the rest Rs. 100 crore will be borne by the centre. These 13 medical institutions are:

After the complete work of first phase of the PMSSY scheme, the govt. made decision to come up with two new premier medical facilities like AIIIMS. These will be set up in Uttar Pradesh and West Bengal. Each such institution will also have allocations of approximately Rs. 823 crore. Also in the second phase of work, six medical institutions will be selected for upgradation works with fund contribution from both state and centre. The centre is expected to provide funds worth Rs. 125 crore for each such institution. The selected medical institutions for the second phase of PMSSY are:

After the second phase is completed successfully, the PMSSY project will be taken forward to the third phase of implementation. It will consist of upgradation of seven more medical facilities throughout the country. Each such medical institution will be funded with Rs. 150 crore with joint funding of the state and central govt. The proposed medical institutions for the 3rd phase of PMSSY are:

Along with reducing the gap between tertiary healthcare systems between various regions, the project will also hatch 1 lakh jobs over the next 5 years with improved medical tourism. The total expenditure for this project is INR 14,382 CRORE. It aims at improving the healthcare infrastructure in India. It will be having a long-run benefit for various regions of the country and will focus on providing affordable quality tertiary healthcare facility. Govt approved continuation of the scheme.