As Modi took the oath as the Prime Minister of India for the second term, he made sure that the common people understand that his government will work hard to elevate the position of Indian food processing business, by offering assistance to the rural folks. For this, the new minister, who has been placed at the helm of Ministry of Food Processing Industries, announced the central government’s plan to launch Pradhan Mantri Gram Samridhi Yojana. The scheme will trigger the growth and expansion of food processing units in the villages. 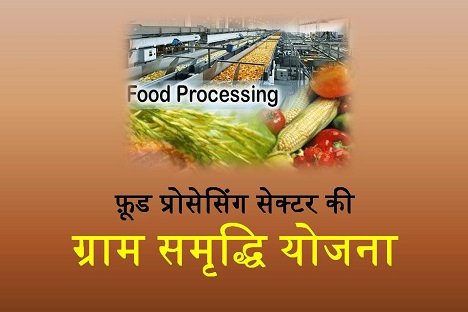 Eligibility and documents necessary for application

The Food Processing Industries Minister has announced that the central government will implement this scheme, as soon as the monetary arrangements are complete. As the blue print of the scheme is in the process of being completed, the eligibility and documentation related requirements are not clear. But the financial assistance will go to the applicants, associated with the unorganized food processing units, based in the villages. Once the details about the eligibility and other requirements are published, you will get the update on this site.

How to get application form and enroll for the scheme?

The project has not yet been launched on the pilot basis. There is still time for the official launch and implementation of the scheme. Not much has been divulged by the Minister of Food Processing Industries. Thus, everyone is in the dark about the application process and benefit distribution procedure. When the central government will make official announcements regarding these matters, you will learn about it first on this site.

The farmers in the villages don’t have enough capital to do something constructive with the food that they produce and process. The lack of vocational opportunities compels the younger generations to migrate to the cities in search of a livelihood. The scheme’s implementation will ensure that people in the villages can develop food processing and packaging properly, by forming their own units. The central government will take care of the financial and technical training requirements to ensure that things get done correctly.