Agricultural development is the base of our nation. A recent estimate states that around 75 lakh farmers stay and operate in Telangana. Thus, it is the responsibility of the state government to come up with developmental programs for the betterment of these farmers. So, the state authority introduced a new life insurance scheme for the farmers. The agricultural workers need not pay anything for this policy. 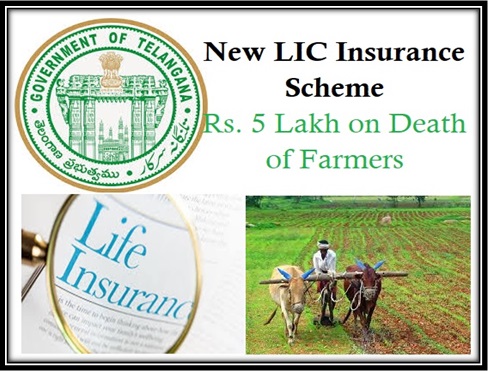 Eligibility for the scheme

The scheme has been announced recently. The state government will soon release the official notification of the scheme. The state may offer online as well as offline application procedure.

As the state government aims to provide life insurance policy to a high percentage of farmers, it will require a huge amount of funds. To ensure that the implementation of the scheme happens smoothly, CM has made a budgetary allocation of Rs. 500 crore. Each year, this sum will be paid by the state government.

If the state government does not do its part in safeguarding the farmers, then the poor agricultural workers will not be able to survive. Apart from agricultural scheme, sponsored by Telangana state, the authority will now offer safety to the lives of these farmers as well. In case the farmers pass away, their families will not have to worry about financial constraints.

Several farmer developmental schemes are already active in Telangana. But state secretary S K Joshi addressed the press on the 24th of July, announcing the success of the recently launched insurance scheme that has been targeted towards farmers. Till date, more than 26 lakh agricultural labors have registered under this project. Many other farmers have also been contacted for registration under this particular program. With this scheme, state government will be able to safeguard the investment of farmers. In case anything happens to the insured farmer, the policy amount will be offered to his family members.

Under the Rythu Bima, Telangana state government has promised to offer 5 lakhs as insurance to the poor farmers to the betterment of the farming conditions. On the day of the declaration of the news, the happy occasion has been saddened by a mishap when two agricultural workers died on the same day. As a result of this incident, LIC officials have given money to the insured framers within 24 hours of the mishap. In addition to this, the LIC officials were also of the opinion that they would try to fix the settlement of the claims within 24 hours. Once the arrangements have been made, it would help to send the money to the insured family’s account once they submit the essential papers pertaining to the claim. It would help to transfer the money to the deceased person within 10 days of the incident such that the family can be helped and saved from the amount given.

Procedure to apply for the claim amount