Kerala historically known as Keralam is an Indian state in South India on the Malabar Coast. It was formed on 1 November 1956. It is a well known destination for the tourist because of its tea, coffee, and spice plantations as well as wildlife. While Kerala is celebrating its diamond jubilee of its formation; govt is trying to give more and more growth to the state and trying to follow that like center govt, they can also make their state best. 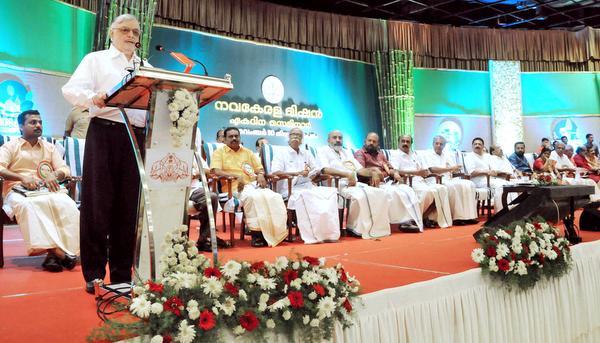 Government of Kerala is trying to develop all the sector of state and want to make its own position on the map of India. It will become easy for the government because Kerala is already a developed state of India

Here we explain a brief about the missions:

One of the schemes under this project is, Haritha Keralam. This project force on the cleanness of the state and to organizing various waste management schemes. This scheme will take away the wastage from the state to make a proper and healthy environment. As a clean environment will keep the society healthy and free from many diseases.  And increase the chances of tourist so also increase the income. That why govt take the agenda under which govt is trying to keep the state clean. So the schemes are, Haritha Keralam that predict a clean state by taking up various waste management programs

This plan is concerned with the health facilities in state for the poor people. In the present government hospital provides very less services to the state people because of less development of hospital. That why the government starts this Ardram scheme which is for improving facilities in government-run hospitals with a view to making bigger treatment at a realistic cost. Government plan is to develop the government hospitals under this project. So after this scheme, every poor people will also get the proper treatments for the disease. There will be very fewer people in the state which will stay without medicine; also they can get medicine at very reasonable rates. And people will not die without medicine. The government will make better facilities under this scheme in the medical field. I hope Ardram would bring in a sea change in the state’s healthcare sector.

As the house is the very basic need for every people and every people want to have the house. But there are large numbers of poor people in the state who live without the house. So government launches a life scheme under which provides the home to every individual who has no home to live. Life is a mission for providing the house to homeless people besides a mission to protect public education system by taking up an extensive modification in teaching methodology. So after this, no people will be without the roof on their head. The declared target of the plan to build houses for an estimated 4.32 lakh families in Kerala who do own any land or houses. And approximate budget for this will be Rs.6, 000-6,500 crore

Education system:
As education rate is very high in Kerala compare to another state, and they are very fewer people who are not educated. To motivate people more about education, government decide to launch the new plan for education in the state.  This scheme is for the school system whose primary person is to distribute training in the middle of every individual. So that, every kid can get the basic education. This is a scheme to protect and strengthen the public school system of Kerala.  Also, this scheme is to ensure public school system by taking up complete changes in the teaching methodologies.

Govt plan changed 1000 government schools to international standards and to get better the teaching and learning program at the high school level.

Taking up sanitation schemes protects water sources and farming development with the help of promotion of organic farming would be the major focus of Haritha Keralam. In this way increase the production on the farming so the overall growth of state

The chief minister Pinarayi Vijayan said that this project is a move to reach the entire expansion with the active contribution of all sections of the people. He also thought that in its place of making claims on the attainment by now made, the government is searching forward to get more and more success in different sectors.

The fundamental purpose of Nava Kerala mission projects is to give all necessary facilities to all the people of the state so that poor people will also get the all the things that they deserved. And make the state most excellent in the entire field on the map of the country. Basic target is to provide health, education and housing facilities in the middle of the poor people so that they can also enjoy the necessary things.

As Kerala is one of progressive state in India, so if these schemes will implement correctly then Kerala will come on top if Indian map in every field mentioned above and there will be no lack of medicine for any people. Every people will have roof, and every kid will get the proper education from government school (with same facilities as the private school provides)

The people of the state Kerala especially from the rural areas should cooperate with the government, so that they can get a state with all the facilities in nearby future.