How To Complain To The Prime Minister? Pradhan Mantri Details (Biography, Degree,Phone,email,website,facebook,twitter)

Narendra Modi, the current Prime Minister of India encourages the common people to get in touch with him personally. But this is not possible at all times. With the invention of the internet and portals, it is now possible for a commoner to send a message to the PM of the nation from his/her home computer. In this article, you will learn how you can also send a message to PM Narendra Modi, and notify him about your grievances.

How to check the complaint status?

In 2014, Narendra Modi became the fourteenth Prime Minister of India. He is known for being a Hindu nationalist and is a member of the Bharatiya Janata Party. He has held an extensive amount of experience in the Indian government. Much of this is thanks to many of his own personal experiences in activism.

Narendra Modi was born in 1950 in present-day Gujarat. His family was active in the oil-pressing industry. He started attending training sessions from the Rashtriya Swayamsevak Sangh when he was eight years old. The organization is a prominent right-wing nationalist group that focuses on the development of a Hindu nation. Modi helped his father sell tea at railway stations around his home city of Vadnagar. He soon opened his own tea stall. It is not certain as to how long he ran this for.

He studied in Vadnagar and earned his higher secondary education in 1967. He was noted for his strong debate skills and expressed an interest in theatre. He even performed in a few school productions. He left his family’s home after graduating. This came as he rejected the arranged marriage that he had been put into a few years earlier. He spent the next few years traveling around India although there isn’t much information available as to what had happened while he was gone.

Modi attempted to join a few different religious missions around India but he was regularly rejected as he did not have the college education required. He returned back to his hometown in 1970 and worked for his uncle until the Indo-Pakistani War of 1971. This was when he started getting into the political system.

Getting Into Social Issues

Modi started working for the RSS as a campaigner after the Indo-Pakistani War. This came as he held some experience in working with the RSS from training sessions and other activities that he engaged with while learning more about the organization. During this time period, he became more interested in serving his country. There were many important developments in his life that directly impacted him:

Narendra Modi worked with the RSS in the 1970s to help the organization advance its message. During the state of emergency that was held in India from 1975 to 1977, Modi was appointed as the secretary of a committee that was opposed to the emergency. He helped with producing documentation that was opposed to the current government and wanted to get more people to go against the national government. However, the RSS would be banned from many functions around the country due to their actions.

In 1978, Modi was a regional organizer for RSS as he worked in the Surat and Vadodara areas. He eventually went to Delhi in 1979 where he wrote a book explaining the RSS viewpoints on the state of emergency. This focused on his disapproval of the national government and all of its actions in general.

Working With the BJP

Soon after his work with the RSS was coming near an end, Modi started being associated with the BJP or Bharatiya Janata Party. This is a right-wing part that is focused primarily on Hindu nationalism. Modi actually started working with the BJP through the encouragement of the RSS. Modi’s first work with the group started in 1985 and soon after started working as a campaign organizer. The party was becoming successful in a number of elections thanks to the strong work that Modi had put in for the party.

The development of Modi in the BJP was extensive as he quickly moved up the ranks within the party:

The work that Modi was supporting especially entailed a focus on India first. He focused on traditional Hindu values while also working on the promotion of a small government system while also allowing for the privatization of businesses around India. The key was to improve the national economy without being overly dependent on others.

The rise of Narendra Modi was very prominent as the BJP continued to grow in power. This led to him being named the general secretary of the party following the 1998 elections. It would be another couple of years before he first took power in an office as he became the Chief Minister of Gujarat.

Modi entered the office of Chief Minister of Gujarat in October 2001. He took over the position that was held by Keshubhai Patel. This came as Patel’s health was in decline while the BJP was struggling with losses. It was Modi’s interest in helping to improve the Gujarat area that he took over the position that Patel once held. He soon won a by-election a few months into his run in this position.

Modi ordered a curfew in the region and ordered the police offices the right to shoot to kill anyone who does not follow it. This led to a dramatic loss of life as more than 1,000 Muslims were killed. Many women were also raped and harmed during the incident. The Indian Supreme Court went through two investigations but they contradicted each other in terms of their evidence. As a result, Modi was determined to be not guilty of anything that had occurred during the crackdown.

There were a few calls for Modi to resign from his position following the incident. However, Modi would win re-election to his position in December 2002. The BJP won an additional number of seats in the national government, thus giving the power even more control over the country amid its rise to power.

Continuing His Work in Gujarat

Modi continued to work as the Chief Minister of Gujarat and would win re-election in 2007 and 2012. Modi continued to focus on right-wing politics although his nationalist attitudes started to soften by a bit. He focused more on working with privatization of the national economy and also focused on getting more jobs to develop within the country. This was especially through getting the manufacturing hub of India to grow, thus providing more jobs within the country.

Still, Modi had performed plenty of tasks to help with controlling how the local government was working. This included helping with getting more businesses to move into the region. Much of this came after luring Tata Motors into the state after the company had been booted from West Bengal due to issues and disputes that it had with some other parties in the area.

Modi also worked to persuade the public that the rest of the national government was out against Gujarat. He felt that he was protecting Gujarat from the influence that the rest of India was trying to impose on it. This came particularly as there had been some concerns over how India was running in general.

Modi portrayed himself as being a candidate more likely to help the national government and to improve upon how it could be restored over time. This included support for managing the national economy. However, his competition portrayed him as a delusional person and also highlighted his association with the 2002 Gulbarg Massacre.

The campaigning from Modi was extensive as he went around India and garnered a significant following. He also leveraged social media and even completed a few rallies through holograms that were beamed to a variety of places all around India. Modi also used a number of corporate donors who were supportive of him to help with getting his campaign up and running. This was especially to make it easier for him to promote himself to those who might have been too poor to provide money to his campaign. It was seen by many as a symbol of how Modi wanted to help those who were less off in the world.

In May 2014, Modi was elected to become the new Prime Minister of India. This especially came as he had more support from the public while the BJP in general rode a significant wave off of his momentum. The BJP took 282 of the 534 seats within the Lok Sabha. This marked the first time in more than thirty years that one party had a majority of seats in this part of the national government. It was also a blow to the Indian National Congress, an organization that held control over the country for more than sixty years. The move especially showed that India was willing to move from a socialist agenda towards a nationalism platform.

As the prime minister of the country, Modi has held a number of policies that have made him a popular figure:

Criticisms For His Work

There have been a few criticisms of Modi’s work in this part of the national government:

Modi has worked hard with many other national powers like the United States and China to develop strong ties with those countries. He has also been aiming to encourage stronger diplomatic relations with Pakistan. However, there are concerns over how Modi has referred to Pakistan in the past as a country that supports terrorist activities and allows terrorists to safely work within the country and plan their attacks there.

Other Interesting Points About Modi

There are a few additional aspects of Narendra Modi worth noting:

The work of Narendra Modi continues to evolve. This comes as he has worked hard over the years to promote many values around the country even with plenty of controversies and concerns with regards to how he runs the country. People around the world will certainly be looking forward to seeing what he plans on doing in the future. 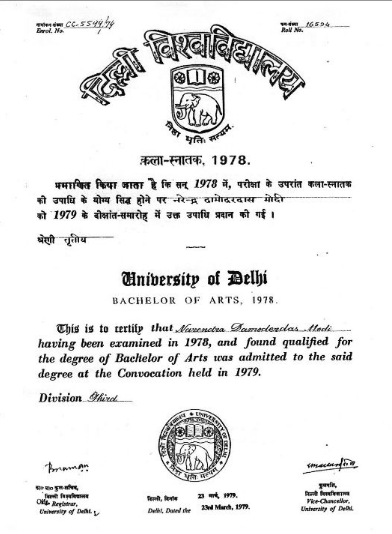 Our Prime Minister Narendra Modi claims to be called as ‘Pradhan Sevak’ instead of ‘Pradhan Mantri’.  That means, he does not like to be called as a Prime Minister but as the Head of Government Servant.  This merely shows how citizen centric he is and we are glad to have a prime minister who keeps the citizens at the center stage.

In order to connect with the citizens of the country directly, the Prime Minister has published his contact details on all channels of online and offline modes, which we would mention in this article.  Through, these channels, you can get in touch with the Prime Minister directly and your voice would be head and action taken, if you have any grievance.

If you wish to call Prime Minister’s office, you can do so by dialing the following number from anywhere:

Alternatively, you can fax your letter to the following number:

You can write a letter to the Prime Minister and send it to his office at the following address through Indian Post or through courier or speed post:

Or send your letters to:

Although it’s not an official email ID, but we have found it from some sources and you can reach the Prime Minister by addressing your emails to the following email ID:

If you want to connect to the Prime Minister through Facebook, you would have to go on to his official FB page and write your concern over there.  The official page of PM could be visited at www.facebook.com/pmoindia

If you are a Twitter user, you can send your tweets directly at @PMOIndia or @Narendramodi

The PMO office has also started provision under which if you just give a miss call to 011-30063006, you can start getting tweets of the Prime Minister on your mobile phone regularly.