The state government of Madhya Pradesh launched a new scheme called the Nagar Uday Abhijan scheme. This was launched on 25 December 2016 and will go on up to 5 February 2017. This is designed to support urban development in the state. It is especially to help with getting the area to become stronger and to help with finding jobs for a variety of people. 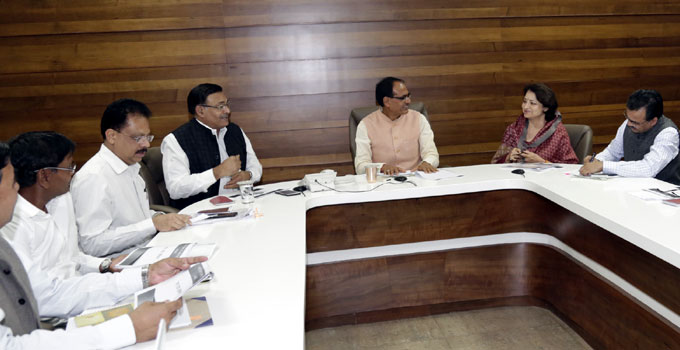 This new scheme is designed to improve how people around the area can access important services to help with assisting their lives and improve how they are living. This is also to help those in lower classes with knowing about the latest services and plans that the government has developed. It assists in giving people more control over their lives. It is all about improving the standards for living among people around the state and will especially work with informing people about the services available to them.

This will be operated in three phases. About Rs. 83,000 crore has been allotted by the government to support this plan for urban development.

The program will work with the intention of not only informing people about new jobs and programs but also with finding opportunities for them to take advantage of. This is especially important with regards to keeping the threat of unemployment from being a substantial risk over time.

A key part of the scheme entails helping people to find jobs. Many officers in various government departments will help with informing people about job opportunities in their areas. This includes information on different types of tasks they can complete and what they can do to succeed.

Some funds in the program have been earmarked to support the creation of new jobs. Details on where those new jobs will be in are unavailable but they are expected to entail jobs that can be handled by a vast variety of people.

The employment support involved will especially make it easier for many programs to be operational and useful for a variety of needs. This is also to boost the local economy and to improve how well funds can be sent out in many ways.

The second phase of the scheme will take place from 3 January to 15 January 2017. This phase will entail the production of meetings. These include meetings that are open to the public to help them learn about new employment opportunities and about the development of new programs. This is to not only inform people about what is available to them but to also help them find new programs of interest.

The infrastructure around Madhya Pradesh will also be reviewed in the scheme. This includes a review of roads and utilities all around the area. The goal is to find information on how it is working and what types of new jobs can be established as a means of supporting the production of a healthy infrastructure.

Many new roads have been established in some parts of the state. The new roads will especially help with allowing people to travel around different regions while also supporting jobs for construction. The bhoomi pujan process has already taken place as new roads are already in the works.

Much of the work on these new roads is currently in the state capital of Bhopal. New construction projects are expected to start under the scheme although details on where they are have been scant at this point.

A total of Rs. 100 crore rupees have been given to the capital of Bhopal. This money is to be used for urban development plans under CM infrastructure rules. Additional cities will receive money over time although the totals as to what they would get in particular are unclear at this moment.

The total amount of money that will be given out to different communities around the state will help with supporting the production of a strong infrastructure. This includes support for adding different types of funds.

The Antyodaya scheme will also be promoted during this new plan in Madhya Pradesh. This existing scheme is used to provide food subsidies to poor residents and families in the area. This is to help with improving upon the health of those who might not be able to afford foods in many forms.

The Antyodaya scheme will be offered as system that allows people to purchase rice and wheat with strong subsidies involved. This is available for those who are identified by the local government as being eligible. This is to ensure that people are not going to try and abuse the scheme and use it to get cheap food. The support provided by the government will help only those who truly need it the most.

This new program is designed to help with getting Madhya Pradesh to develop and to become a more modern state. This is also to assist in producing new jobs. The efforts in the Nagar Uday Abhijan Scheme will help with getting the state off of a good start during the 2017 calendar year.