What is the one thing that arrests the rate of development of any country or state? The answer is simple; it is the teeming population of the area. This is the same issue that a population intensive nation like India faces. But now, the central government is putting stress on designing plans and reforms, which will out a stopper to the growing population, by increasing awareness and educating the people. The scheme by which, the central government along with the cooperation of the state governments are planning to implement it, is known as Mission Parivar Vikas. Under the scheme, the central government has identified areas where the fertility rate is very high. Steps will be taken to bring the fertility rate down by following strategic planning and awareness. 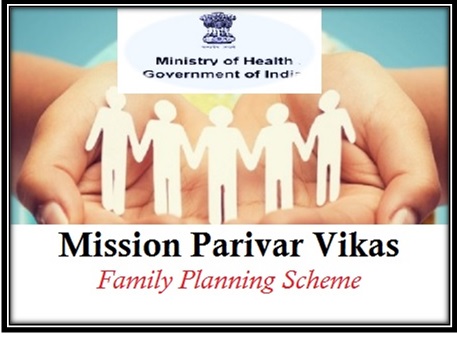 The official announcement of the Mission Parivar Vikas was done by Shri J P Nadda. He is the head of the Union Minister of Health & Family Welfare. The deceleration was made on the 26th of September, 2016. It was mentioned in the draft that the central and the authorities of the selected states will make arrangements of implementing the program within a span of 3 months. All the activities and decisions, associated with the Mission Parivar Vikas scheme will be looked after by the Health & Family Welfare Ministry.

If you want to know more about this central government scheme then you will have to take a look at the salient features of the program:

Apart from training and making the young couples aware about the advantages of keeping the fertility rate low, the state and the central authorities will be joining hands for providing practical as well as theoretical training to 47000 nurses Asha health workers for helping the women and others.

As of now, the health ministry has successful detected 7 states, which have a very high rate of fertility. These states are UP, Rajasthan, Bihar, Madhya Pradesh, Jharkhand Chhattisgarh, and Assam. To break it down further, around 145 districts have been identified in all these states. All these districts have TRF more than 4%. For instance, districts like Bahraich & Balrampur, Siddharthnagar have TRF of 4.8 and 4.9 respectively.

Why is Mission Parivar Vikas needed?

One look at the demographic data of the Indian population and the associated deaths are caused due to lack of awareness among the people. With the help of this program, the TRF will be lowered, the population will be controlled, the maternal and infantile deaths will be lowered and the people will get a much enriched lifestyle. The program will be implemented in all the districts at the very same time.