Mann Ki Baat is only one of its kind steps that have been taken by our PM Shree Narendra Modi. It is a radio show that airs every month to interact with the common people of the nation. In this unique show he discusses about the current issues and plans and also lets other people talk about the current problems they are facing. Since the time this show has been started more than a million ideas have been received by the government of India and it still counts. It is indeed an exceptional plan to reach to the common people and this is the first time that a PM takes such step to connect with the people.

The show is all about interaction between the common mass and the ruler of the nation. It is definitely not possible to reach each and every one of the nation to solve a problem, so this show is being launched to connect with people and their problems. Not only that Mr. Modi also discusses about several plans and schemes on the show so that the beneficiaries get to know the details. The show follows the nation building approach where people are asked to place their views and own ways by which the nation can grow more. 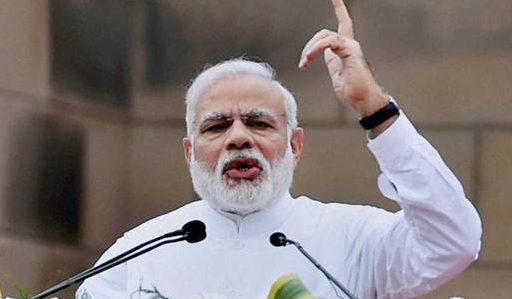 Radio – the medium of the show

Mr. Modi has chosen the All India Radio to air is show. This is because radio is the only medium which has reached several remote areas where TV does not. A lot of private radio channels are yet to reach such areas as well, but all India radio does. So PM chose to appear on such channel through which he can connect with maximum people. Indeed he is successful in his plan, because as per the reports more than 90% of the masses can listen to the show and can get connected to him.

Starting of the show – timing and airing

It is a monthly show. The show was started in the month of October in the year 2014. As of now it has completed 19 episodes in total. In each episode Mr. Modi addresses various topics and issues. From drug issues to agricultural finance – each major problem has been discussed in the show and also he asked others to give their inputs so that he can revise the plans and scheme.

The show is definitely a big success from all the corners. The show has successfully managed to grab its targeted audience in few days. As mentioned before that the show has already reached more than 90% people among them nearly 65% of the people are from metropolitan cities including Mumbai and Chennai. People are accepting the show in a positive way and also more than a million views and requests have been registered on the website. This isn’t the end; varied social networking sites also received a great response regarding this initiative by the PM Mr. Modi.

On the other, the all India radio has received high revenue from this show as well. Generally a 10 seconds ad costs 500/- to 1500/- per ad, whereas a 10 seconds ad during Mann Ki Baat costs nearly 2 lakhs per ad. This is seriously an incredible development for the radio channel.

In the recent PM Modi’s, ‘Mann Ki Baat’ program, Modi has praised a common man Mr. Shirman Darshan for sharing his savings by purchasing medicine from the Pradhan Mantri Jan Aushadhi Kendra counters. Where, those counters are specially launched by the central government to offers quality medicines as per the guidelines of WHO (World Health Organization) for cheap rates.