The Lok Tantra Prahari Samman Rashi Yojna has been started by Himachal Pradesh government. The main objective of the scheme is to offer financial help to the people who have been jailed during the emergency period in Himachal Pradesh. Near about 1 thousand people will be benefitted from the scheme benefits. Therefore, the state cabinet has approved the grant to be given under the internal security arrangement act and defense of India Rule. The participants have helped n preserving the fundamental rights of citizens of Himachal Pradesh during the emergency period. During the announcement of budget details during February 2019, the CM of Himachal Pradesh has asked for offering the honor to the victims. But it has been implemented just recently. Read the following part of the article to grasp better insight into other relevant details of the entitled scheme. 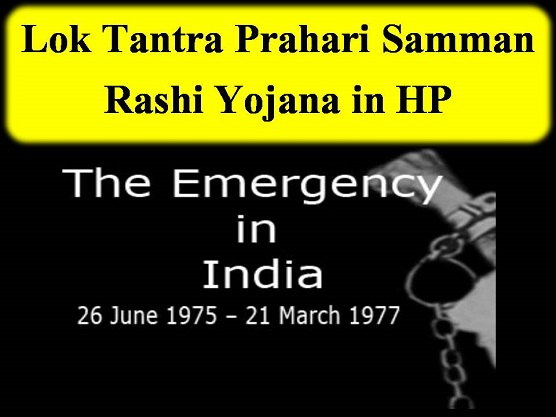 Documents required for the scheme

Application Form details of the scheme

As this is a newly launched scheme by the Himachal Pradesh state government, the details of the application procedure are yet to be declared. As soon as it comes up, the beneficiaries will be the first to know about it. For this, the beneficiaries should keep an eye on the scheme portal. With the successful implementation of the above-said scheme, the families of the participants of the 1975 emergency will benefited from the scheme perks.