In 2014, Manohar Lal Khattar became the chief minister of Haryana Chief Minister. After being appointed as the chief minister, he has worked for the welfare of the common mass. In this relation, it is known that he has planned for several plans for the help of the women, farmers, students, divyanga, widow woman, girl child, the elderly, belonging to all sections of the state. It includes looking after the condition of the poorer classes, SC, ST and the ones belonging to OBC. Therefore, it was hard for the Chief Minister of the state to work for the development of the state. In this way, it will be possible to develop the country and provide comfortable facilities for the people of Haryana. Since 2014, if you look at the details of the contribution made by the chief minister till the present time, you will come across several small and big plans that have been successfully implemented by him for the wellbeing of the people of Haryana.

Certain plans have come up due to which the central and the state government will work together where they will contribute in the ratio of 60:40 and execute the plans properly. The present government is being worked hard for Haryana State by the announcement of many schemes and many of them listed below: 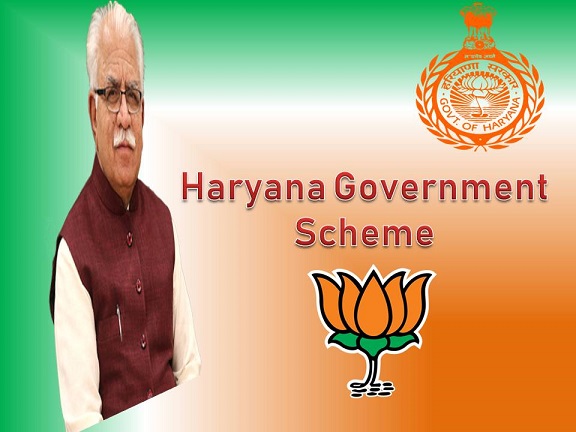 2018 yojana and scheme list – In 2018, the Haryana government has adopted one of the largest insurance health plans of the country. The central government started to work for this plan during August 2018. According to this plan, millions of people in Haryana will be provided free treatment. DrShyama Prasad Mukherjee will assist Haryana government in implementing this excellent plan for the better treatment of the people. It will also take care of the people of the state who have suffered the accident. It will provide financial assistance due to the miserable event of the death.

2017 yojana and scheme list – In the year 2017, ManoharLal has introduced some changes in the state such as cashless medical facility, free Wi-Fi facility, easy us services for women, and introduce beneficial schemes for the improvement of the farmers. Some special plans have been decided for the betterment of the condition of women in Haryana.

2016 yojana and scheme list – In the year 2016, the Haryana government has implemented a housing scheme for the needy and poor families. In addition, intermarriage scheme was also applicable in which people belonging from different castes were allowed to marry. In addition, the central government also announced Uzzla plan under which all women would be given gas so that they can cook their meal without any smoke.

2015 yojana and scheme list – In 2015, Manohar Lal Khattar law under in this state had done excellent work. The state government also applied Andiara Gram Jyoti Yojana scheme for the better condition of the people of the state. The state government has introduced digital facilities in all government offices for the eases of work. It includes implementation of e-Dashboard and other facilities. Along with this, medical facilities were made available for the pregnant women so that they can go for a medical check up every month in Haryana.

2014 yojana and scheme list – In the year 2014, the main aim for the implementation of the Clean India campaign was to keep the state clean, and it was the responsibility of the government. It especially involved common people to work towards the hygiene of all state.

Common people, who lack knowledge in virtual media operations, often find it difficult to apply for different state-sponsored benefits via separate portals. To make matters easy for them, the Haryana state authority has launched a new portal. The main aim of launching the Antyodaya Saral Portal is to offer one platform from which, applicants will be able to register and avail several services. These services include ration car, voter card, pension registration and issuance etc. A total of 480 services have been listed in this portal.