A massive part of India is still developing, rather under developed in many ways. Looking at the current scenario the Uttar Pradesh state government has started a new scheme for school going girls namely Kishori Suraksha Yojana under which sanitary napkins will be provided to the young school going girls. 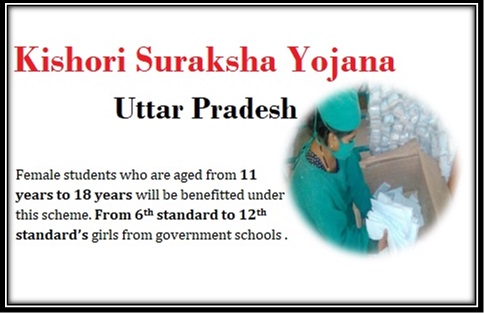 Other facilities to be provided under the scheme

A major part of the rural India is still living on the basis of myths and beliefs than the actual facts. One of them is menstruation. When a girl child has her periods, most of the families make them stay at home. Hence they miss their schools and education. In some cases it has been seen that girls stop studying, meeting friends and so on during those 5 days. The main reason behind this is lack of hygiene.

Kishori Suraksha Scheme is not only launched to give away sanitary napkins during the menstruation to the girls school students, but it also helps to reduce school dropouts and early marriages across the rural areas in the state of Uttar Pradesh.