The Ministry of Mining in India has launched a new scheme named the PMKKKY which will be beneficial to the people who get directly or in any other way get affected by mining. The PMKKKY scheme is a central govt. scheme which will transform the living standards of those people who stay in the mining areas and their lives involved in mining. Under this scheme, several development projects will be implemented and is going to be a boost up for the existing projects by both central as well as state governments for the welfare of the mining affected zones. The PMKKKY scheme was launched on  Sep 2015.

Hon’ble Union Minister Shri N. S. Tomar has declared that the new PMKKKY scheme will be merged with all the welfare projects that are in implementation by the state governments as well as central government. These projects are beneficial to the families which reside in the mining areas. Mining in a specific zone affect the life and lifestyle of the residents and they need Govt. welfare support for their smooth sustainability. Under PMKKKY, the ongoing projects for the development of mining affected areas will be modified and more funds will be allocated. The DMFs will be responsible for the implementation of the PMKKKY scheme throughout the mining zones of the country. The PMKKKY scheme will help to prosper the social as well as economic conditions of the mining affected families. 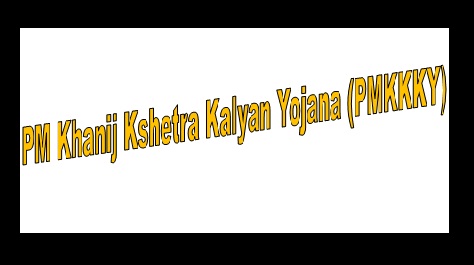 What are the directly and indirect affected areas under PMKKKY?

Some areas are directly affected by the mining activities done throughout the country. Mining activities like blasting, excavation, waste disposal etc. are carried out in these areas. Waste disposal leads to covering of water bodies, farm lands, road blocking, etc. So villages or panchayats which are within the radius of mining activities and the people’s lives have direct and adverse affects due to mining activities are considered as the directly affected areas under the PMKKKY scheme. Whereas the indirect areas are those which do not have direct impact of mining but there is adverse economic and environmental effects. The DMF is the regulatory body of maintaining these direct as well as indirect areas. DMFs are operational in all the districts which will be responsible in maintaining liaison with the centre and state and to keep proper flow of PMKKKY funds in the mining areas.

People affected from the mining defined under the PMKKKY scheme

Those people who live in the directly or indirectly affected zones of mining, defined, will get the welfare benefits under the central scheme – PMKKKY. The persons who were displaced from their communities due to mining activities and are rehabilitated will have occupational facilities as well as legal rights on the land. The identification and preparation of the affected people’s list will be done by the DMF. DMF will keep regular consultation with the panchayat and gram sabha to maintain and update the list of affected people so that proper flow of central fund for their development can be done.

Utilization of funds under PMKKKY in the High Priority areas

The high priority areas are those which have are maximum and directly affected both socially, economically and environmentally by the affects of mining. The central govt. has announced that out of the total corpus of PMKKKY, 60 per cent of the funds will be used for these high priority areas. One major area of work is proper supply of water for drinking. Emphasis will be given on laying down treatment plant, purifiers, piping of drinking water, etc. so that the people will get uninterrupted and purified water for drinking. In the department of health care, necessary steps will be taken like modification of the existing health care units with adequate treatment facilities and staffs. Also the people staying in these areas will have health insurance scheme. PMKKKY has also stressed on preserving the environmental values like making proper drainage system in the mining area so that the water bodies do not get polluted. Proper sewage systems are to be constructed along with toilets so that sanitation will be maintained. Also measures for pollution control are to be taken. Emphasis will be given on the welfare of women, education for children and skill development of youths.

Utilization of PMKKKY funds in Other Priority areas

The remaining 40 per cent funds of PMKKKY will be utilized in the other remaining areas apart from the high priority areas. First job in these areas is to obtain proper physical infrastructure like construction of roads, highways, bridges to laying of railway tracks. To develop agriculture, the irrigation facilities are to be enhanced with adoption of better irrigation techniques. To conserve the environmental values, use of renewable energy sources like hydel power, wind energy, solar energy, etc. must be done in these areas.

Several states had implemented the Mantri Khanij Kshetra Kalyan Yojana when it was announced by the central government for the first time. Recently, the Director of Central Mines Department has mentioned that soon the respective authority will revise the guidelines of this project. These changes will ensure the better implementation of this scheme. Planning potency, beneficiary identification, and social audits are some of the aspects, which will be revised. The department will also shed light on the financial side of this project. The government has already launched a site, where districts will be able to upload data directly. It will offer the government a better look at the condition in different areas.