Kerala state government has taken strict measures to cope up with the rising problem of the outbreak of coronavirus. To cope up with the present crisis, some of the announcements and benefits are offered to the underprivileged sections of the society. The vital announcement by the state higher authorities shall help to curb the spread of the virus. In this relation, CM of the state has asked people to stay away from the Bharani festival to be taken place at Kodungalloorto prevent the huge gathering of individuals. By offering financial help to people belonging to the financially challenged sections, the state is trying to cope up with the situation. The following part shall take you through other important details pertaining to the outbreak in Kerala. 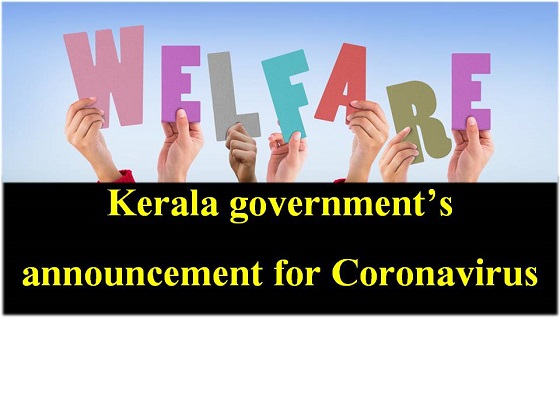 Therefore, with necessary announcements and implementation in the state, Kerala CM is trying to offer the items of basic necessity at the time of the outbreak. Special offerings will be given to the people belonging to underprivileged sections of the society.