Skill is the basis of any occupation.  The better the skills of a person, the higher their efficiency and efficacy would be and the better they would perform and earn money.  The rules of the game are as simple.  In India, certified skills are more important since the competition for a particular job is high.  Thanks to the higher population of India.

On the other hand, there are a lot of people who are self-employed in various skilled occupation, but most of them are not trained for that skills.  They either self-learn it or acquire it from their forefathers.  But those who want to employ themselves without a skill are left unattended.

The Narendra Modi government at the center has started a scheme with the name of Pradhan Mantri Kaushal Vikas Yojana, which would ensure that the youth of India are trained for respective skills and earn a better living, thereby. 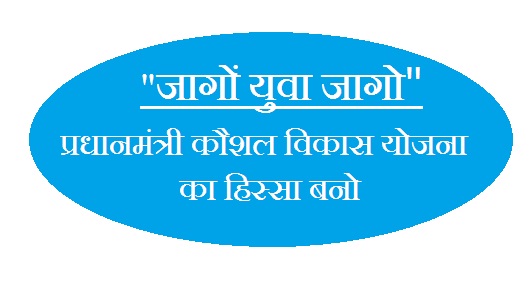 There are a number of industrial sectors in India which face shortage in terms of skilled workers and this results to low productivity.  At the same time, there are a large number of young people who are looking for better opportunities and higher earning.  Considering all these factors altogether, skill becomes a crucial aspect for today’s youth.  The PMKVY also plans to provide adequate skill training to the Indian youth through which they can aspire to be employed not only in the country but in the ageing developed countries, where trained Skillman are in high demand.

The PMKVY would be launched by the Ministry of Skill Development and Entrepreneurship (MSDE).  There is a reward scheme under the campaign that would allure youths to join and enroll themselves for the skill training and certifications.  This would certainly be a booster to the country’s skilled workforce and in turn help the nation be a better economy, altogether.

The core objective of Pradhan Mantri Kaushal Vikas Yojana is to encourage youth for skill development through monetary reward system so that they complete the skill training and certification and earn a better living along with contributing to a better overall growth of the country’s economy.  Following are the aims of the scheme:

The strategy and approach of PM Kaushal Vikas Yojana

The strategy and approach of PM Kaushal Vikas Yojana are as under:

Mobilization of candidates and propagation of PM Kaushal Vikas Yojana

Any scheme can be successful only after its target audience has been mobilized and brought to the mainstream purpose of the scheme.  Under PMKVY, the mobilization of candidates would be done from the grass root level thereby bringing into the play all the components of grass root governance like Member of Parliaments, Village Panchayats, district governments and state governments.

Various camps in the form of ‘Kaushal Melas’ would be started at all level of populace so that maximum involvement is brought from the length and breadth of the country.  These Kaushal Melas would be responsible for disseminating relevant information about options related to skill training programs and the benefits associated with them.

These camps would be nodal center of information through which people would come to know how these skill programs would enhance their job prospects and would help them in long run in getting a better paying job, both within India and abroad.

There are a total of 543 constituencies across India and necessary efforts would be made so that the scheme reaches all of these constituencies evenly.  This would be the only way through which maximum participation could be ensured and Member of Parliaments of each constituencies would play an active role in this propagation.

Last but not the least, mentorship is as important as the training imparted.  This is why, the scheme would have a mentorship program that would ensure that trainees get the best of guidance and support while during the training program and afterwards.

Young and educated youngsters, living in states like Arunachal Pradesh always found it difficult to bag proper jobs. It was not only hampering their financial growth but was also crippling the overall progress of the state. The central government has implemented PM Kaushal Vikas Yojana in Arunachal Pradesh, under which all educated youngsters will attain computer training at affordable cost. A new computer training center has already been established at Itanagar. In time, more such training centers will come up, thereby, eliminating the need to travel to Guwahati or Shilong for professional or technical training. As the cost of these courses is low, even poor candidates can get the benefit without worrying about financial arrangements.