India is a land of several mighty rivers, which traverse the land. The rivers in the north are perennial in nature, while those in the south are seasonal. Godavari is one of the main rivers to flow in the south. But as it too is a seasonal river, it does not have enough water to meet the requirements of the southern states all year round. Thus, the construction of dams and barrages is necessary. Telangana faces acute water shortage in the summer months. The elevation of the state makes dam or barrage construction impossible. It encouraged the state government to come up with an alternate plan that required the assistance of two other neighboring states. After three years, the much-awaited multi-purpose irrigation project is finally ready. This dream project has been named the Kaleshwaram Lift Irrigation Scheme. No other nation in the world has a lift irrigation project that can match up to the extent of this scheme. 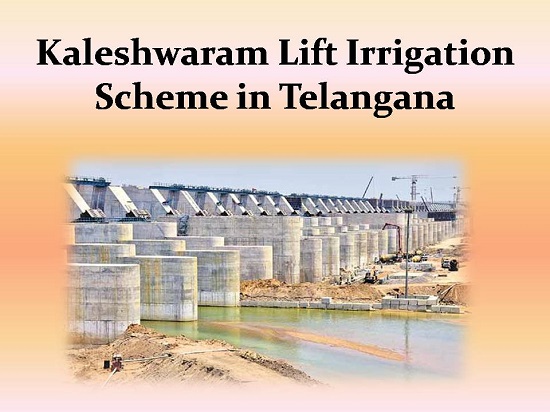 Key facts of the irrigation scheme

Main benefits of the irrigation project

The people of Telangana will forever be thankful to their CM for making this seemingly impossible task, a reality. On the day of the inauguration, the CM of Andhra Pradesh and Maharashtra were also by K Chandrasekhar Rao’s side. In this speech, he highlighted that the speedy completion of this scheme would not have been possible without help of the government of these two states. The neighboring states will also be benefited from the multi-purpose lift irrigation scheme in the near future.