If a nation desires to develop in the true sense, it must take care of the minority communities as well. Special schemes and economic programs have been designed and implemented by the central government for the betterment of the minority communities. Each 5 year plans have something new for them. One such scheme was the Multi-sectoral Development Programme. But recently, the PM has taken the decision to change the name of this program to Pradhan Mantri Jan Vikas Karyakram. 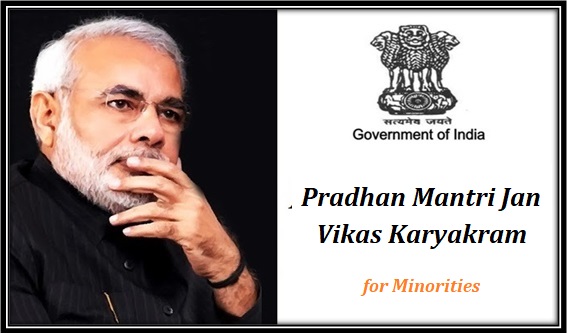 Minority communities fail to cope up with the overall development as they do not have the financial capability to attain proper educational, skill developmental and health facilities. With the help of this program, the central government will offer financial assistance to candidates, belonging to these categories, to get a better footing.

Budget allocation for the scheme

In this meeting, the PM announced that the entire scheme will be implemented and monitored by the Ministry of Minority Affairs. The same department will be responsible for meeting the financial requirements of this scheme as well. For now, a whopping sum of Rs. 3,972 crore has been allotted for this minority development yojana.

Guidelines Of the Scheme

You can go here www.minorityaffairs.gov.in/sites/default/files/Guidelines-PMJVK%20-latest_0.pdf