The RCB is one of the eight cricket team which has been the part of the most entertaining format of the game of cricket, called IPL. As the name suggests, the team is basically from Bangalore. RCB has been a constant participant in IPL which is conducted by BCCI each and every year. The team formed along with the other popular IPL teams in the year 2008, the inaugural season of IPL. However, it has yet to grab its first IPL title. 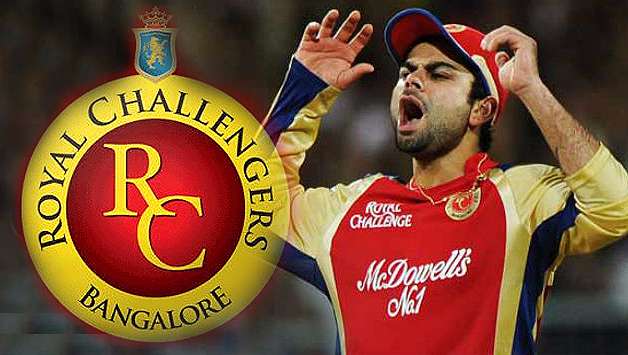 The team is captained by Virat Kohli – Indian Cricket Super star and a renowned cricket Icon in the International platform. It is obvious that the team is also looking forward to accept the challenge for IPL 2018 season. To make its win more realistic, the team manages have also retained two of their best players Sarfaraz Khan and Virat Kohli. These were also first players to be selected for the IPL 2018 events by the selectors.

With a very strong vision of winning IPL 2018 the team is all set for the great event to begin. Most fans in the global platform are looking forward for some of the best moments and skills to be displayed by RCB this season. The team has also managed to add AB De Villers to its players squad this season. He is well known top rated batsman and WK. It is also seen that RCB has done a lot to polish their batting skills for this season. They have also added some new bowlers to their player list.

With Kohli in line up it is obvious that RCB will be able to perform much better this IPL 2018 season.

The RCB team comprised of 39 players in the last season of VIVO IPL which was the 9th IPL season. This list included a mix of top classes Indian, as well as overseas players. Under the mentorship of Daniel Vettori, this year’s captainship of RCB will be retained by Virat Kohli who is one of the best performing T20 players of India. Below is the list of players who were the part of the last season of VIVO IPL and played for RCB:

The inaugural season of IPL held in the year 2008 was captained by none other than the Wall of the Indian Cricket, Rahul Dravid. He was the icon player of the Bangalore side. After Dravid, Kevin Peterson became one of the most costly buys of RCB and leaded the side in the IPL 2009 for first few matches. Then the captaincy was taken over in the rest of the 2009 tournament as well as in 2010 by Anil Kumble. Kumble has been on the most successful captain of the Bangalore franchise with a win percentage of 54.28 %. In the 2011 and 2012 versions of IPL, the side was lead by Daniel Vettori who is also the present coach of the team. At present, Virat Kohli is captaining the side from the past four seasons of IPL. Shane Watson has been appointed as captain of RCB for IPL 10 in place of injured Virat Kohli.

The RCB team which is the IPL franchise of Bangalore was formed in the first half of 2008 which is also the first season of IPL. Till then RCB has been an integral part of all the past nine IPL seasons. The team never managed to win any version of IPL but was stood as runners up in three seasons i.e. 2009, 2011 and 2016. The team also participated in Champions League T20 in 2011 but also ended as runners up. RCB has been one of the most star studded teams with players like Gayle, Watson, Kohli, AB, etc. but is yet to grab their first IPL title. The RCB team was brought by Vijay Mallya of United Spirits for a whooping 111.6 million US dollars in 2008. This was the second costly team of IPL after the Mumbai franchise.

The Bangalore franchise of IPL – RCB is owned by the United Spirits which is a multi-billion liquor company of India. Diageo is another company with some smaller shares. United Spirits is also the 2nd largest producer of alcohol in the world, in terms of volume. Vijay Mallya is the head of the United Spirits who has left India after a multi-billion bank loan scam. Right now, the RCB team will be directed by Russell Adams which is handpicked by Mallya to carry on the administrative works of RCB in his absence.

RCB has played a total of 154 matches in IPL and CL T20 out of which it won 77 matches with winning percentage of 50.99 %. It has lost 74 matches in total. Also, 3 matches did not yield any result. It has a good win record in its home ground Bangalore where it has played 38 matches and won 21 out of them.

The team has two types of jerseys for home and away matches. The jerseys have gold, red and black tones. The names of players are printed in golden color. Zeven was the manufacturer of the RCB jersey which may be taken over by Puma this season.

The Logo of RCB itself speaks of royalty with the letters RC engraved in bold. Initially, the logo had one red circle where the RC was written and the outer circumference was colored in gold. In 2016, the RCB was modified and black color was included. The logo also consists of a big lion emblem.

The team RCB is known for their costly as well as star studded buys in IPL auctions. It is one of the most talked about IPL teams with a huge fan base. The team quote is “#Play Bold Live Bold”. In 2016, RCB team jersey was modified and new theme song was introduced namely ‘Play Bold’. RCB is known for it’s after match parties with several Bollywood celebrities attending. Whenever, the team plays in the Chinnaswamy Stadium, the RCB fans covered in all red scream their hearts out for the team.