People living in rural and remote areas don’t have easy access to banking facilities. To offer easy banking at their door step, the central government announced the India Post Payments Bank. Under this scheme around 1.5 lakh post offices will also perform the task of bank access points. For better implementation of the scheme, central government will require the assistance of 3 lakh postmen. They will take up the task of banking agents. They will inform people about banking nitty-gritty. This process brings banking to the doorsteps of people living in the rural areas

The scheme Digital India is launched by the PM of India in 2015, this scheme aims to make our country into a digitally empowered nation. The scheme focuses on connecting the entire country through high speed connections and mobile networks. The government has taken several steps to benefit people through e-services. 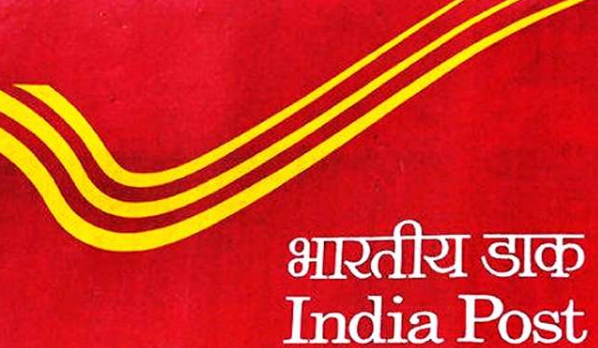 Post offices are run by GOI (Government of India). With more than one lakh fifty thousand offices in the country, they are present almost in every nook and corner. Nearly ninety percent of their offices are located in the rural region. Though posts are less used in this digital era, they are still functioning effectively because of the wide range of service schemes run by them. It includes PLI, deposit schemes, Money orders, RPLI, form sales, bill payment, MGNREGS wages distribution and pension payments.

What is a Payment bank?

Introduced by RBI in 2015, these banks are provided permissions to receive deposits up to a maximum of one lakh. These banks can provide cards which can be used in ATM’s and for other transactions. They can also make fund transfer, payments through mobiles. However, they cannot offer loans and interest rates for savings. These banks can be started with a Capital of hundred crores.

Evolution of Payment banks in India

In 2015, RBI received applications from forty one applicants to begin payment banks. However, only eleven were shortlisted for approval. The approval was done based on their financial strength and credibility. Out of the eleven applicants, three have withdrawn their intention to start payment banks. The remaining applicants are NSDL, Entrepreneur Vijay Sharma, Fino Paytech, RIL, Vodafone, Airtel, Aditya birla Nuvo and Postal department.

These banks were initially provided a ‘In principle’ approval for one and half years. During that period, the applicants were asked to fulfill all the conditions mentioned in the approval. Once the banks fulfill all the criteria mentioned, the RBI will provide the license to start its services according to banking regulation act of 1949 under Section 22 (1).

The IPPB is a public limited company with equity of cent percent from GoI. The estimated amount of expenditure is estimated to be around eight hundred crore. The government is focusing on the forty percent of people in the country who don’t have any bank accounts. By March 2017, it will receive the license for banking from RBI.

It will be providing services across the country through its initial six hundred and fifty branches, ATM’s, post offices and electronic devices with Point of Sale features by September. Out of all the competitors, IPPB have the potential to take cashless transactions to the next level.

According to the 2015-16 annual report of postal department, each post office covers an average of twenty one Sq. Km. A post office provides services to more than eight thousand people on an average. With the well established infrastructure of post offices at hand, IPPB will be one of the largest banks with widespread branches.

IPPB provides 4.5 percent interest on deposits below twenty five thousand, 5 percent up to fifty thousand and 5.5 percent up to one lakh. These attractive rates will encourage rural people to perform banking transactions in IPPB. It will also increase the job opportunities for professionals as they are required in large numbers for this massive scheme. IPPB is planned to be opened in every district to provide opportunities for more than three lakh postal men in that area.

There are many vacancies in IPPB. IPPB has now conducted exams for various posts to recruit people up to Scale VII. All the preliminary exams are conducted online and candidates are selected through interview. The Government has also initiated the training for a section of selected IPPB officials.

The long wait has been ended couple of days ago when the finance minister of India inaugurated the nation’s first India Post Payment Bank (IBBP) Branches at the Raipur and Ranchi through Video conferencing.

While addressing in the event the finance minister of the India Mr. Jaitley pointed that with around 1.5K post offices all over the country, the India Post Payment Bank is about the take the bank operation in everyone home’s doorstep. Also he added within this September month there will be around 650 IPPB branches will start its functions across the nation.

As a remainder the IPPB is fully owned by the government without any interference of privates and it’s completed under the control of postal department.

It is widely believed that, with the presence of such high numbers of post office branches across the nation those post offices would acts as the bridge for connection the people of India particularly who are yet to own a bank account into the banking field. By doing so, the nation would be able to face the socio-economic development well before the expectation.

How to Open a Regular Savings / Current Account in IPPB