Hamari Dharohar Scheme is one such scheme to protect and preserve the rich culture and heritage of the minority communities living in India. In India, all communities can enjoy equal rights to carry out and enjoy their culture and religion. Keeping up with the same spirit, the Government of India is now following a need to curate the heritage and culture of the minorities. This is because there is a lack of knowledge and understanding of the cultures of the minority communities at present. Also, keeping in mind the present scenario, this scheme would be helpful in promoting tolerance in the country.

“A subsidy scheme as the name of Padho Pardesh has been started for higher education of minorities by the central government.”

“Nai Roshni Yojana for Women has been started by central in the supervision of Minority Affairs Ministry.”

“Pradhan Mantri Nai Manzil Yojana for Madarsa Students has been launched by central for betterment of minority group.” 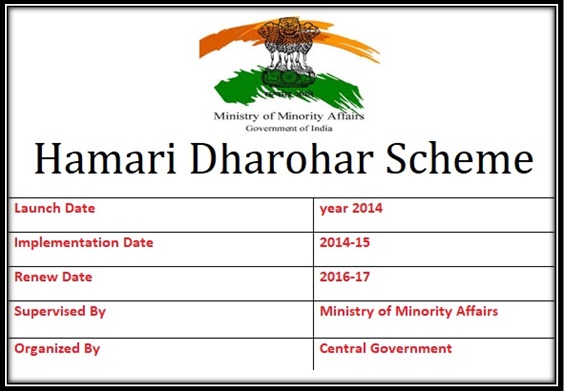 “Free Coaching And Allied Scheme for Minority Communities Students  has been started by central.”

Achievements 2017 Under the Hamari Dharohar Scheme

The official website of the program is http://www.minorityaffairs.gov.in/ – you will find more details about the program on this website.