Haryana state has been in the lime of light by launching several beneficial schemes and plans to its state people in recent times. One of the notable yojana which launched by the state CM Mr. Lal Khattar is GRAVIT Program and Shikshit Se Saksham Ki Ore Yojana by which the state government ready to offer help for the needed people of the state. 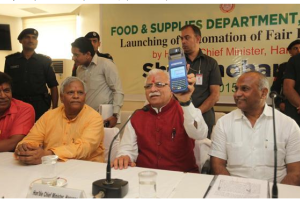 In fact, in order to make the program GRAVIT to be a successful one, the state government appointed around 60 thousands volunteers with the aim of offering maximum amount of benefits to the state people.

Bridging Gap between Vacancies and resources

Every state in India offers various schemes to increase the literacy rate of the country. However, very few schemes are available to increase the employment scenario of the country. It is impossible for the government to provide job to each and every individual. Human resources are available in plenty in India. The country’s growth relies heavily on the utilization of it. In order to lower unemployment, the Haryana government has started a new scheme called GRAVIT Yojana to help the youth of the state.

Highlights of the scheme

Other schemes to tackle unemployment in Haryana

The government can add vocational education to students from secondary school level to make them employable. If it is done so, additional schemes to develop the skills of youth will not be needed at a larger scale.