PM Narendra Modi is planning to come up with the Pradhan Mantri Garib Kalyan Rojgar Abhiyaan initiative. The PM will launch the campaign virtually, and other ministries will join him. Also, union ministries will also take part in the virtual launch of the abhiyaan. Read on to know more about the relevant details of the campaign below. 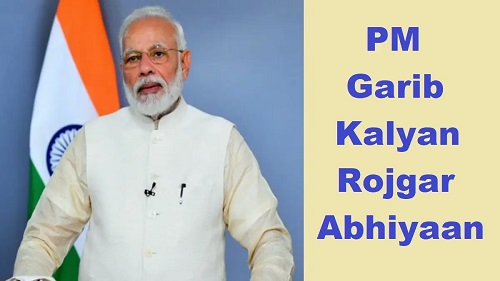 What are the highlighting features of the campaign?

Which departments are involved in PM Garib Kalyan Rojgar Campaign?

In the PM Garib Kalyan Rojgar Campaign, 12 different ministries will help to make it a successful one. The list of the same is given in the following part of the article.

List of States to be included in PMGKRA Implementation

In the PMGKRA Implementation, a total of 116 districts having more than 25,000 migrant labors from different states are included. This is across 6 different states and they are Bihar, Uttar Pradesh, Rajasthan, Jharkhand, Odisha, Madhya Pradesh and Uttar Pradesh. However, the chosen number of districts is covering only two-third of the total migrant labors that were stranded due to the nationwide lockdown.

What are the eligibility criteria for the campaign?

Documents required under the campaign

The PM Garib Kalyan Rojgar Campaign is a welfare campaign and the initiative has been taken by PM Narendra Modi. This will be launched for the poor migrant labors who have lost their jobs due to the pandemic coronavirus.

The 25,000 migrant labors across 116 districts in 6 states are the target group of the campaign. They mainly belong to the rural areas of our country.

There are 6 states included in this campaign: Bihar, Rajasthan, Uttar Pradesh, Madhya Pradesh, Jharkhand, and Odisha.

The departments involved in the campaign are Rural Development, Panchayati Raj, Drinking Water and Sanitation, Environment, Road Transport and Highways, Mines, Border Roads, Railways, Petroleum and Natural Gas, New and Renewable Energy, Telecom and Agriculture. A total of 25 different types of work will be offered to the labors under this campaign.