River Ganga is the life blood of the country. Not only is the river a significant religious symbol for the people of the country, it also provided life giving water to the countrymen. But in the recent times, the navigability of the river has declined due to increase in the rate of water pollution. The current central government has thus, implemented the Ganga Gram Namami Gange Project for developing the state of the river and also the villages located on the bank of the river. 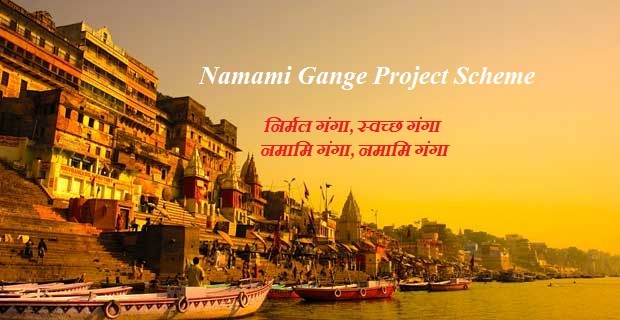 Villages covered under the scheme

States covered under the scheme

The River Ganga flows through many states, located in the northern and central part of the country. As of now, the main states, where the scheme will be implemented are Jharkhand, Uttarakhand, West Bengal, Uttar Pradesh, and Bihar. These are the states through which the main stream of the river and the prominent tributaries and distributaries flow through.

As per the declaration of the central government and the departments, associated with the successful implementation of the Ganga Gram Namami Gange Project, a whopping amount of Rs.1750 Crores has been allocated for meeting the requirements of the project. The money will be spent on the development of the overall status of the villages located on the banks of the holy river. But the completion of the total Ganga Restoration Project will cost around ₹20,000 crores.

NMCG or National Mission for Clean Ganga will start 5 big projects to clean the river Ganga and adjacent areas. In three states of the nation 5 projects will start off soon. Uttarakhand, Uttar Pradesh and West Bengal are the three states where 5 projects namely Namami Gange will be implemented.

These 5 projects have been announced by the NMCG authority on 4th of January. Nearly Rs. 295 Cr will be allocated for these projects.

To manage and clear the River Ganga, the central authority has started a mission namely National Mission for Clean Ganga in the year 2011. The main aim of the mission was to restore and save the Ganga. By following Society’s Registration Act in the year 1860, the mission was established.

These projects are expected to start soon in the respective states. Major projects will be done in West Bengal with total budget of Rs. 278 Cr and the rest amount will be spent on Uttarakhand and Uttar Pradesh projects. National Mission for Clean Ganga has taken special steps to make the river Ganga cleaner than early times. In many places, especially sacred places along Ganga, throwing objects like flowers and such are prohibited. During the time of Durga Puja immersion, the authority takes extra care so that the water does not pollute with waste.