“Seekho and Kamao scheme has been launched by central government under the supervision of Minority Affairs Ministry.” 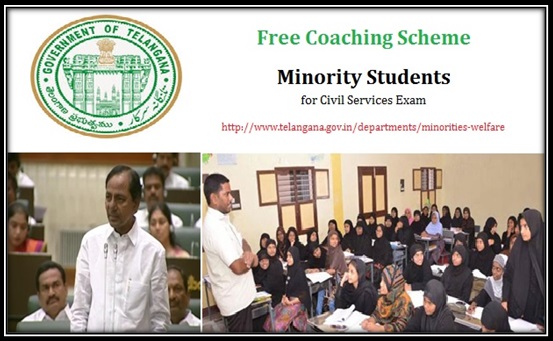 Also they will be sent to best colleges across the state of Telangana for their study. They can choose over the colleges where they want to study.Central also supports Free Coaching to Minority Students at national level.

“Hamari Dharohar Scheme has been launched for the culture of minorities.”

“Telangana state is also aware towards women’s section. In this way the state has announced some important schemes for women only. You can read here

Main Objective of the Scheme

The main objective of the scheme is to encourage minor students to opt for higher studies. They don’t get much facilities or opportunities to enhance their standard of living. This scheme will help them to do well in Civil Service examination. If they get good jobs they can get good life as well. Also many good students, despite having skill and quality can’t get to any good coaching centres for monetary issues. This scheme will also help them to get into best coaching centres for free.

“Nai Roshni Scheme has been launched by central for improving skills in women of minority groups.”

The Minorities Welfare Department of Telangana was established during early 90s. The department solely look after the development of the Minorities in the state. They design many schemes to enhance the social as well as economical standard of minorities with time. The official website for Minorities Welfare is http://www.telangana.gov.in/departments/minorities-welfare#.

“A subsidy scheme as the name of Padho pardesh yojana has been announced by gov for helping in higher studies.”

The DRDA (District Rural development Agency) has invited application forms from youths who are unemployed. The new drive has been taken as an initiative in collaboration with Rural Poverty and Elimination society (SERP).  The agency has announced to offer candidates with training sessions for free so they can get opportunity for self employment.

More details can be collected by the candidates from the official DRDA web portal online related to course duration and other criteria.