There is an argument among the politicians on the issue of demonetization. Well, the idea behind the step from the Union Government is definitely noble and those protesting the idea and of course the step at the Lok Sabha and the Rajya Sabha are the ones who have been hit hard by this step. Common people on the other hand are praising this step from PM Modi despite facing tremendous difficulties. 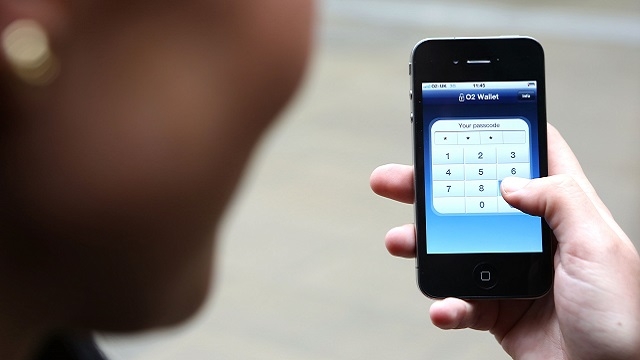 However, no matter what, the ground reality is a bit scary. Shortage of cash in the country has hit the poor segments of the economy as well. Those people have nothing to hide but they don’t have access to their rightfully earned money and this is halting their day-to-day activities.

The Andhra Pradesh government is aware of what is happening and hence, in a meeting with bankers of the state and the officials of RBI, AP Chief Ministers, Mr. N. Chandrababu Naidu came up with a decision. The decision taken during the meeting held at Vijayawada was already in the pipeline and now it has been given a green signal.

Mr. Naidu declared that by end of November, 2016, 70% of all transactions related to government should be digitized and hence, free smartphones should be given to the poor people of Andhra Pradesh so that the beneficiaries can take advantage of cashless transactions. Digital transactions will definitely call for internet access and the only way the poor people of the state can get access to those services is through smartphones.

The Reason Behind CM Naidu’s Decision

By December 1, the AP government needs to pay salaries and various pensions under the different Social Security Schemes that are run by the State Government. The shortage of cash will disrupt those transactions and create an economic crisis in the state specifically for the poor segments of the state who receive their salaries and pension in cash. While carrying out financial transactions digitally is not a trouble for middle class people and the elite groups in the state, the challenge is usually faced by the poor people who do not have personal computers or smartphones to carry out banking transactions on a day to day basis.

It is because of this, Chief Minister Chandrababu Naidu has targeted the poor of the society. He wants those people to cultivate a habit of engaging in cashless transactions so that their daily life doesn’t come to a standstill because of the cash shortage that the entire nation is now dealing with.

The Highlights of the Plan

The plan that has been given a green signal is officially known as “Free Cell/Smart Phones Scheme for Poor”. The table below gives the necessary details of the scheme so that you can remember them quickly and scan through the important points just by glancing at the same.

In the meeting that the CM called, an appeal was made by Shri Chandrababu Naidu to the bankers and government officials alike to come forward and not only provide smartphones to poor people but to also educate them on how to use the phone to carry out digital transactions.

It is a well-known fact that Rs. 100 currency notes are in limited supply now because of this, all transactions in the country have hit historic lows. Daily life is getting disturbed to a great extent, though such a disturbance has been widely embraced by Indian citizens on the grounds that this move by PM Modi will not only help to cure black money problem in India but will also but brakes on terrorism.

To deal with this problem, HDFC bank and Andhra Bank in Andhra Pradesh have actually started Micro ATM installation to facilitate farmers and other consumers alike. This is a great move by the banks and they are encouraging the consumers to make use of their mobile banking services as much as possible.

What Happened in the Meeting?

In the meeting, the officials of RBI informed Mr. Naidu that by November 28, the state will be receiving new currency notes worth INR 3000 crores. Out of this influx of new notes, INR 60 crores will be covered using notes of smaller denominations.

Many senior officials attended the meeting. Among the top brasses were G S V Krishna Rao – Deputy General Manager of Andhra Bank, Mr. Hari Sankar – RBI representative and others. Mr. Naidu asked the bankers to use teleconference to constantly review the situation.