FSSA Also plan to open some mobile food testing laboratories in the country, at present there are only four mobile testing labs which are in Punjab, Gujarat, Kerala and Tamil Nadu 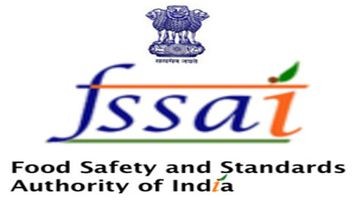 This decision is taken by Food Safety and Standards Authority because of Bombay High Court decision in which court said that there is need of more food testing labs as quality of packed food is dropping in India and this is not good for health. Court give this order when in 2015 court found monosodium glutamate, and lead in excess in Maggi Noodle and after that court banned on this product.

Food Safety and Standards Authority take this decision so that quality of food gets improved. In this Rs482 crore FSSA plan to open 45 food testing laboratories all over the India and plan to upgrade th them so that they enable them to get hold of NABL accreditation.

Food Safety and Standards Authority has been planning to renew its Ghaziabad laboratory, which is almost out of use at the present. Also Under this scheme, approximate all the state  including UT will have provision  of 1 food testing lab and big state have minimum 2 food lab. It is carried out so that no state will remain dependent for food testing. So this scheme main target is that every state has at least 1 testing lab

Indian one of the promising developing countries in the world faces huge threat in name of food safety. It is mandatory for Indian government to take such strong initiatives to provide better safety for food distributions in India, especially in packed foods. With the steps taken by FSSAI there’s no doubt that, when this entire new food testing lab starts working, it will surely improve the food standard in India. Also experts across the country suggest strong law enforcement should be introduced to should be implemented on those who possess real threat to food safety.