The E-Laxmi scheme as the name suggests is a digital India drive. The scheme will personally help each and every women residing in the districts of Madhya Pradesh, training in technology. They will be trained to use their bank accounts and engage in cashless transactions. 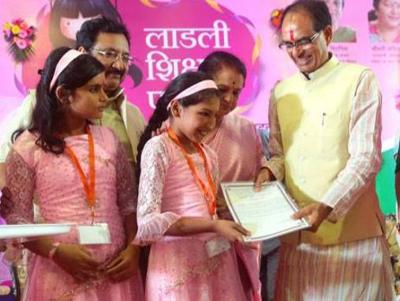 According to the Chief Minister, Mr. Shivraj Singh Chouhan, the scheme will be launched on January, 2017 and preparations are currently underway.

Why is this scheme rolled out?

The government considers women to be the major perpetrator of new ideas. Hence by teaching women they are aiming to teach an entire society to follow this new trend. This is why this new scheme has been selected.

Women have been chosen as the ambassadors of cashless transactions in the state. The BJP government is heavily promoting cashless payments among both the youth and the men. Right now at the face of demonetization, the public is at a real crunch for cash. To solve this issue, the government is rolling out different types of schemes like Lucky Grahak Yojana and E-laxmi scheme to make sure that new technology is implemented throughout the country and that people can take advantage of that.

Objectives of this scheme

Objectives of this scheme are to inculcate confidence in women to carry out debit card transactions. Many of the women have opened Jan Dhan accounts, but they do not know how to use them. By this scheme, the women will be encouraged to handle their own account, accept payments.

This scheme might also spark some entrepreneurial enthusiasm in women that will once again help take the state and the nation forward. This is one of the ways to also take the digital India vision forward.