Even when many people say that India is one of the countries that are coming under the category of developing nations, there are still some things present in the country that often pushes it to the list of countries that falls in the poor nations. The main reason why this is happening is because of the poverty of some class of people in India which is one of the most important concerns for the central and state government in a number of aspects. It is not an easy task for removing the bad effects of poverty in a single shot, but there are many attempts taking place to remove it. 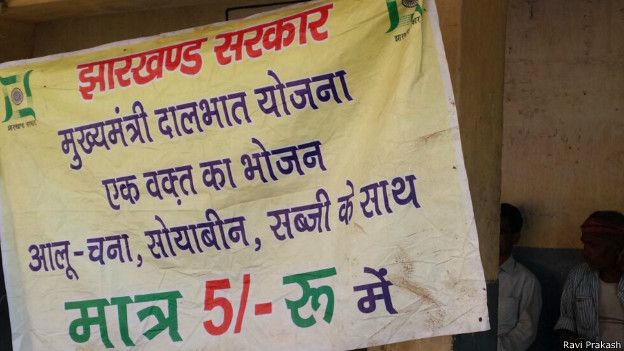 One of the main reasons why there are still many people not able to eat proper food is that they are not able to afford for the raw materials and also to find a best place to cook their food. If this is the case, it is quite difficult for governments to provide proper solutions for the issue faced by people. Even when governments are providing accommodation for people through various schemes, due to nature of work, most of the people are not staying over there and they are mostly roaming to many places.

To provide best benefits for those people who are suffering from poverty, government of Jharkhand has introduced the scheme of providing food through low cost hotels. The scheme, which is initiated by the chief minister of Jharkhand during the year 2011, has been opened across various places within the state and they were all performing well during their initial launch. During the consecutive months, it saw a lot of crisis and they were closed one by one due to lack of proper funds and salary issue for workers at the facilities.

As meal scheme is being implemented in various states of India in a successful manner, government of Jharkhand also decided to launch the scheme again this year and make sure that they are performing well this year without any issue occurring in the middle of the process. The best thing about the scheme of dal bhat yojana Jharkhand which is going to be re-launched this year is that it will provide best food for poor people with best quality and taste rather than just providing food for namesake. Government is now very sure that nothing will go wrong during this year.

Under the current scheme which has been launched again, it is proposed that food will be provided with the cost of rupees 5, which will be most affordable for all people falling in the category of poverty. The scheme is introduced first at Rajendra Institute of Medical Sciences (RIMS), which is one of the place where there are many poor people from different parts of the state are staying and getting medical facilities. Some of the important reasons why Rajendra Institute of Medical Sciences (RIMS) has been selected for the re-launch of the scheme are as follows:

Under the scheme of re-launch of dal bhat yojana Jharkhand, it is proposed that workers who are taking care of the facilities are sole responsibility for the well working of the centers. It is been proposed that those people taking care must buy all raw materials that are required for cooking which is provided directly by government. It is their sole responsibility to make sure that they are providing proper food for all people visiting the facility without going out of stock at any point of time as it is said by the government of Odisha. The work timings have been stipulated from 10 am to 4 pm under current scheme.

The workers taking care of the facility will be provided rice at a very low cost of 1 rupee per kilogram to a maximum of 80 kilograms per day. The current proposed scheme provides either soya or chana for rice which is priced at 49 rupees for soya and 38 rupees for chana. It is the sole responsibility of workers to inform government about the inflow of people so that it will be very easy for government to allocate extra resources and workforce for the centers. Salary for the workers is to be derived directly from the income at every food stall.

In the first launch of the scheme, one major issue being faced is that workers are logging in late at the centers and start their preparation very late. This will add significant delay in the process and it will be a big problem for beneficiaries. To make sure that such things are not taking place, log in time for workers is set to be 7 am. One big thing that has been missed out in the current scheme is provision for proper drinking water. Government must also add drinking water as criteria to provide hygienic food for people in all aspects.

The Jharkhand government decided to offer quality food for the poor at affordable rates under the Dal Bhat Yojana. The scheme details highlight that public canteens and mobile food distribution vans will be made operational. These canteens will sell quality food to the poor at Rs. 5 only. Mobile canteens operate in cities like Ranchi, Dhanbad, Jamshedpur, Dumka and Palamu. After the scheme rolled out, beneficiaries complained that all the supply of clean drinking water was not consistent in these kitchens. When enquired by the authority, they found that lack of water supply in the cities was to be blamed for this issue. State government has assured that steps will be taken soon to put everything in order.