The Pradhan Mantri Credit Scheme for Powerloom Weavers has been launched recently in the country. The central government has stated that the ailing textile industry will get financial help from the central government and also technological upgrade will take place to enhance the industry in India. Approximately 2.5 Million powerloom weavers will get benefitted from the scheme. 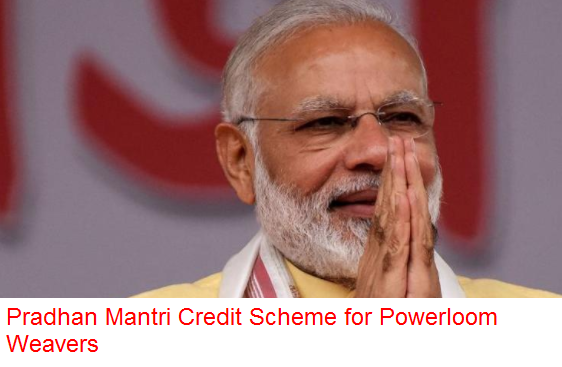 The scheme has announced by the central government during the month of April in 2017. During November 2017 the scheme has launched officially. When it was announced, the reports said that up to 50% subsidy will be provided to the scheme. However when it is launched it says that up to 90% financial subsidy will be provided to the weavers across the nation.

Benefits under the scheme

Gujarat, Tamil Nadu and Maharashtra are the three most highlighted states that are said to get the most benefits under this scheme. As of now maximum number of powerloom units are located in these three states. Around 108 numbers of powerloom clusters are there in the entire country. 50% of them are in Maharashtra. There are 72 textile parks are there in the nation today. Apart from this, by implementing this scheme nearly 57% of the production will be expected to increase in the country.

The entire fund will be given by the central government of India. The fund will be provided to upgrade the units and to establish as many as yarn banks in the country. Also the under this scheme the number of looms in group work-shed has been reduced to 24 from earlier times when it was 48.

The textile and powerloom industry is witnessing hard time in the economy. No development has been shown in the industry for past few years. Many a schemes have been launched yet no awareness has been seen in the same industry. However the central government is hopeful about this scheme.

Also the central authority said that by installing the solar panels it will be easier for the small units to repay the loan within less time. It is expected that within 3-4 years the small unit owners will be able to repay the entire loan.