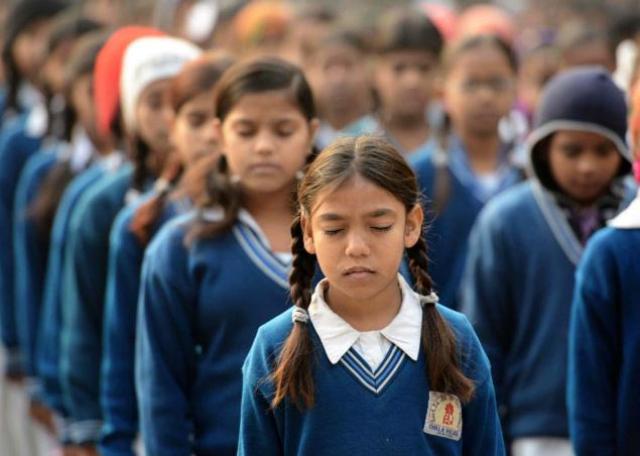 Test pattern Under the Chunauti Scheme

The students of each class will be segregated on the basis of their performance and skill. Under the scheme different types of tests will be taken by the authority. The tests will be on reading and writing skill of Hindi and English. Also there will be mathematical problems that will be given to the students. They will have to solve them in specific time limit.

Based on the test results the students will be divided in small groups. Weaker groups will get extra classes and special teaching to enhance their reading, writing or solving math problems skill. Those who will score well can continue with the regular studies.

There will be two groups, Pratibha and Nishtha. Those who can read and pass the test will get into Pratibha group and those who aren’t able to read will go to Nishtha. Both will get special classes in different ways. For 9th standard there is another group called Vishwas. Under this group, students who have failed more than once or dropout from school will be considered.

According to some survey students from 6th standard are unable to read their Hindi texts from their books. Similar type of problem is facing by the 9th standard’s students as well. Many students are failed to read paragraphs from 2nd standard course as well. Looking at such scenario the Delhi government has taken this decision of segregating the students in groups.

There are some basic parameters that are considered under the scheme. Depending on these parameters the government will rank different schools (public and private both). The parameters include sports, academics, extracurricular activity, cleanliness, overall exam results and such.

Anganwadi workers will find out the school dropout students. So that they can be admitted to the schools again and proceed with their studies and make a better future.

There will also be some volunteers who will be engaged in finding other students who have left schools for any reasons. They will also be admitted to the schools for continuing their studies.

Apart from these the authority will also provide special training to the teachers of various schools. The training will be conducted to teach how one should behave or deal with the students who belong to economically weaker section.

Chunauti Scheme in Delhi has been started in the year 2016. It was said that the scheme was introduced to make the students of 9th standard better in academic and other fields so that they can perform well in their forthcoming 10th standard examination. Unfortunately 98% of the total students appeared for 10th standard has failed in Delhi.

As the result wasn’t pleasant the heads of schools and the authority of the scheme have been decided to regrouping the students of 9th standard in other ways. They have revised some of the rules and terms under the scheme. The new rules and notification is available in Chunauti 2018 PDF circular. Follow this link to know about the circular and new rules under the scheme http://edudel.nic.in/upload_2015_16/230_dt_29062016.pdf.

The government has started toll free numbers under this scheme. These numbers will be available for the students and teachers. For any help they can call up to these numbers and can discuss about the problems regarding the same.

The scheme has started in last financial year. As of now many schools have started implementing it. Unfortunately the scheme seems to be not so successful as the result of the 10th class students was miserably bad. However the authority is still hopeful as the overall result from 2013 to 2016 has shown increasing graph. That is the students are doing better than previous years. It is expected that after new circular and regrouping process reading and writing skill of the students shall get better in future.

However some of the educationists said that children should not be categorised on the basis of limited book reading or so. By doing so, they will violet the rules of Right to Education Act.