Due to the lack of proper roadways and associated transportation facilities, the rural people in the state of Odisha suffered a lot. The state government has understood the plight of the people and implemented a scheme that will construct roads and develop the transportation facility, especially in the rural areas. The name of the program is Biju Gaon Gadi Yojana. With this, the government aims at bettering the connectivity of villages with the cities. It in turn will develop the infrastructure and lifestyle of the rural people. 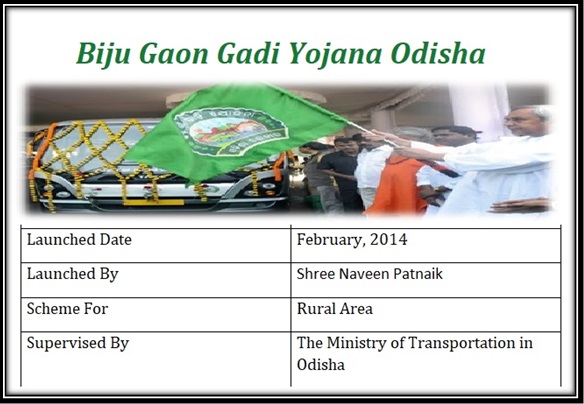 “State governments has started some schemes for developing rural areas. You can read about some yojanas

A quick look at the salient features of the scheme will assist one in understanding who the government plans on bridging the gap between the villages and the cities for aiding the overall development of the rural areas.

There are no points for guessing that the construction of the roads, on such a large scale will require lots of money. The state government has allocated budget for the program and the central government will also pitch in whenever required for the overall betterment of the area.