Bhamashah Swasthya Bima yojana is a scheme that is focused on helping the IPD and other patients and offers them with access to cashless facilities for treatment. The scheme is available to all the people who are registered under this scheme and the National Food Security Act.

The scheme is a Rajasthan state exclusive scheme. The insurer of this scheme is the New India Assurance Company, it was chosen by the Government as it provides policies with the best rates and features. 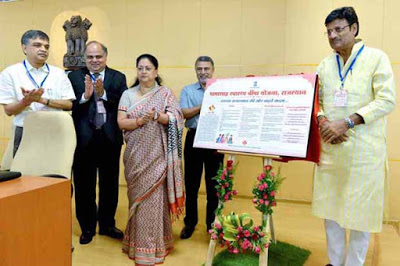 The main objective of this yojana is to provide an easier access to good quality medical facilities and surgical treatment in private and government hospitals to the residents of Rajasthan. The government wants to improve the healthcare facilities of the State and motivate people in availing better treatment facilities. The government wants to reduce the burden of the people in sending huge amount behind treatments, and make them use insurance facilities. The scheme would aim at improving the healthcare facilities in the rural areas of Rajasthan and bring about better medical facilities in the state.

Benefits of the scheme

How to apply for the scheme

There are two stages built by the authority of this scheme using which the beneficiaries are chosen. They are- qualification stage and the bid stage. The interested candidates should fist cross the qualification stage with respect to the provisions of Request for Quotation and once this is done, the applicant goes on to the Bid stage which involves Request for Proposal.

The Indian government has put forward some guideline that will apply to the qualification of bidders. At any point of the time the bidder may be disqualifies due to any breach of the guidelines. If all the guidelines are met by the applicant then he or she must provide an undertaking of the scheme under the Appendix I form. Once this is done the short-listed applicant will have to furnish their bids which should be based on the terms and conditions which has been specified in the Bidding documents.