The state government of Madhya Pradesh has announced the approval of the new relieve scheme for state farmers. The new scheme is termed as Krishi Rin Samadhan Yojana and is a type of debt relief scheme and is designed to wave off the interest from the loan amounts for the state farmers. 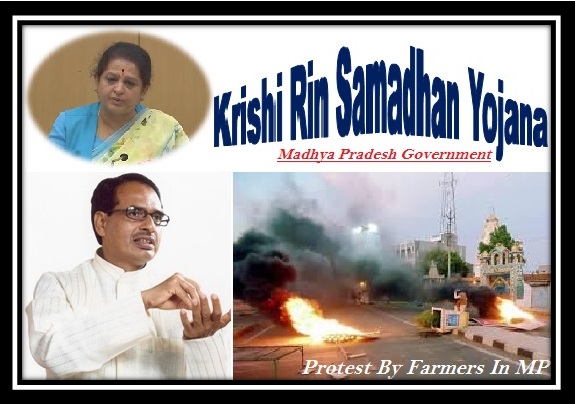 Application Form and How to Apply for this scheme

Since this is just a proposal no set criteria has been set on who are eligible and how can we apply for this scheme. We will update this post as soon as any information is available on this.  My experience says that SBI will be a major bank for giving such loans.

Shivraj Singh Chouhan was determined to bring about a marked increase in the earnings of state farmers. He had also launched several farmer credit schemes. One such scheme that allows farmers to attain respite from interest payment, by deposition on the actual loan amount was Mukhya Mantri Krishak Rin Samadhan Yojana. Though the state has high hopes for the success of this project, it failed to show satisfactory results. Reports suggest only 5 lakh Madhya Pradesh farmers have received the benefits of this scheme. As this developmental program has failed to create a positive stir, the state government is making preparations to replace it with another scheme, with the hopes of getting the interest of target beneficiaries.